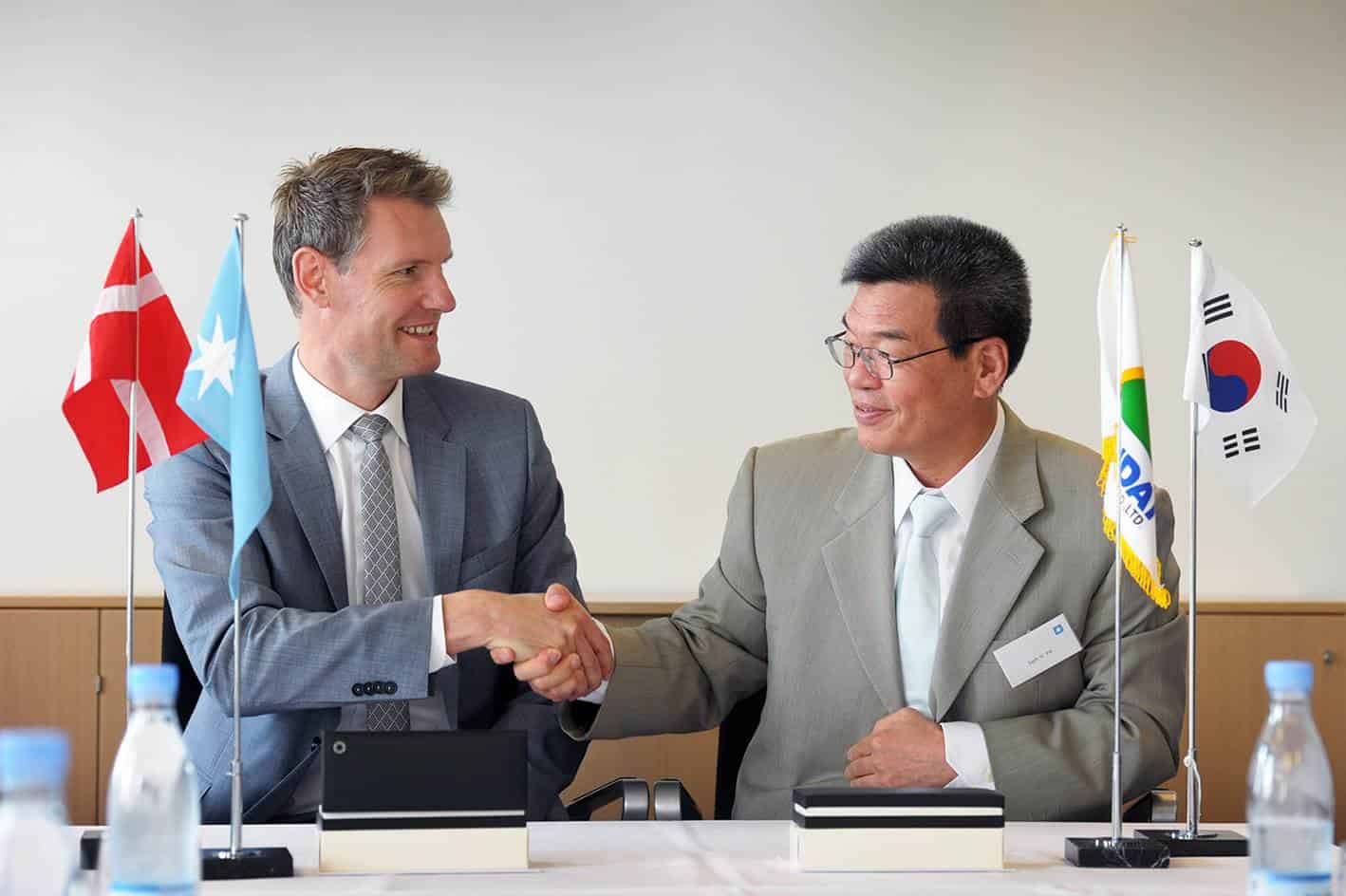 The agreement includes an option for up to eight additional vessels. Each will have a length of 353 metres.

This is the third newbuilding order in Maersk Line's investment programme announced in September 2014. The order follows the seven 3,600-TEU feeder vessels and eleven 19,630-TEU Triple-E ships announced earlier this year as part of $15 billion programme.

"The vessels will be designed to operate in many trades and not one specific trade. They will help us stay competitive and make our fleet more flexible and efficient," said Maersk Line's chief operations officer Soren Toft.

Designing vessels with a flexible operational profile is a first for Maersk Line, said a company statement.

"By moving away from hulls designed for certain speeds and drafts, Maersk is strengthening its fleet with vessels which can be deployed on east-west or north-south trades with no impact on fuel consumption," said the company statement.

The nine vessels will join Maersk Line's fleet in 2017 and sail under Singaporean flag.

"We have a long and good relationship with HHI. The quality of the vessels has always been up to high standards and we look forward to receiving this new batch," Mr Toft said.