DANISH shipping giant Maersk Line has announced that Silvia Ding, 41, will take the position in Hong Kong as head of Maersk Line South China from November 1. 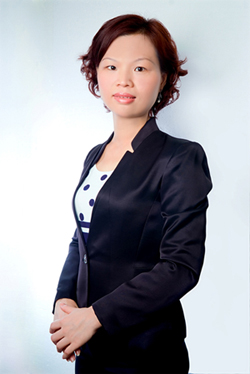 DANISH shipping giant Maersk Line has announced that Silvia Ding, 41, will take the position in Hong Kong as head of Maersk Line South China from November 1.

"It's an honour for me to have this opportunity to lead Maersk Line South China" Ms Ding said.

“South China is a key market for Maersk Line’s global business which will continue to provide many opportunities to grow partnerships with our current and potential customers in the region," she said.

"It is particularly pleasing that we are able to appoint a local Chinese. I'm confident that with her extensive experience and knowledge of the local market, Silvia will lead the South China organisation to further success," he said.

Ms Ding joined Maersk Line South China in 1999. In the past 15 years, she has taken a number of leadership roles including positions as South China customer service manager and Philippines country manager.

Her most recent role is as CFO and business performance manager for the north Asia region for the last three years.

Ms Ding takes over from David Skov, who becomes managing director for APM Terminals in Lagos.

Ms Ding is a Chinese national, a graduate of Guangdong University of foreign studies with a bachelor degree in British-American literature. She has just acquired a master’s degree from the Kellogg-Hong Kong University (HKUST) EMBA programme in 2014.