The new FEW5 container shipping service will serve the trade with Togo and Benin, starting April 8 when the first ship sails from Malaysia's Port Kelang. 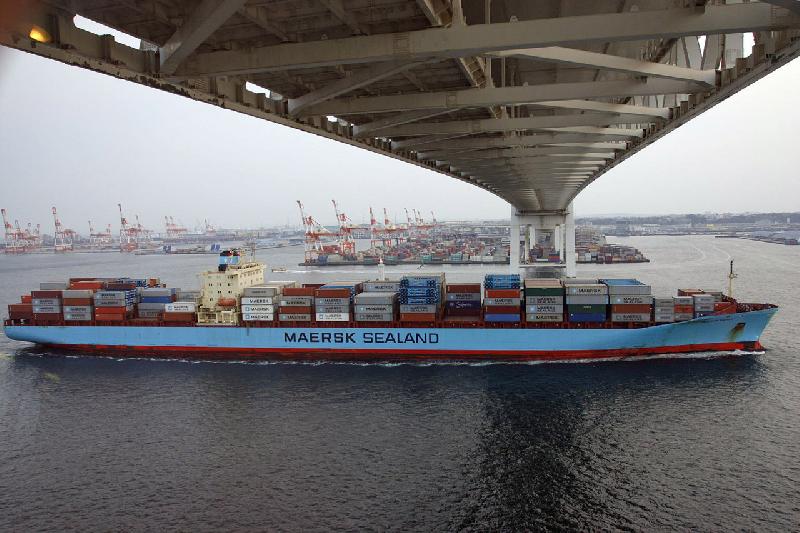 DENMARK's Maersk Line is adding a loop to its Far East-West Africa services. The new FEW5 container shipping service will serve the trade with Togo and Benin, starting April 8 when the first ship sails from Malaysia's Port Kelang.

The Far East-West Africa northern range will continue to be covered through transshipment at Tangier and Algeciras, between Maersk Asia-Europe services and West Africa relay services.

Alphaliner reports that the world's leading carrier originally operated a FEW5 loop between August 2011 and January 2012 to move Asian exports to Pointe Noire and Onne, with occasional calls at Lome and Tema. However, the loop was never fully implemented to a weekly frequency, with sailings offered every two to three weeks.

The new FEW5 joins three other direct Far East-West Africa loops provided by the shipping line, which will be adjusted as follows:

Lagos-Tincan is being added to the FEW2 and, as a result, the Abidjan call, will be shifted to the FEW3 operated jointly with CMA CGM. Direct calls at Shanghai, Ningbo and Walvis Bay will also be added to the FEW3. The transit time has been extended from 11 to 12 weeks to fit in the extra calls. The FEW1 will remain the same.