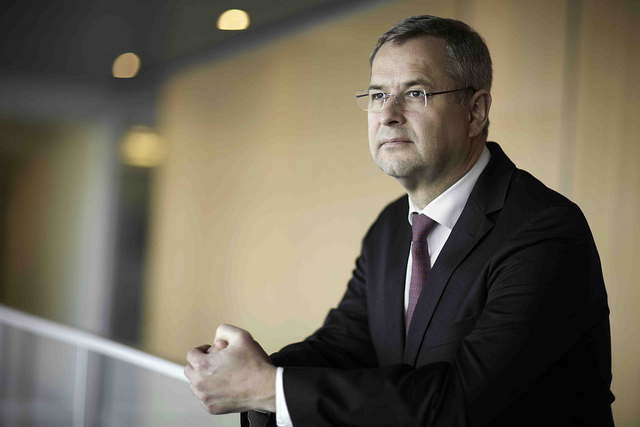 Said Mr Skou: "When it comes to pricing, we do not subscribe to the view that freight rates will get better in the industry - all the evidence points to declining rates."

A few days before, Mr Andersen said: "We have given up on the idea of growing faster than the market and we have adapted our capacity expansion to realistic market growth expectations."

Maersk Line is one of the few to have solid second quarter results, helped by unexpected good volumes in the Asia-Europe trades which helped to stabilise freight rates, said Lloyd's List.

But much of the credit for the Maersk profitability goes to strenuous cost cutting. "We do not base our strategy on prices magically starting to increase," said Mr Skou, adding that the company was focussed on cost reduction.

Maersk's rate forecasting is based on supply and demand data coupled with an examination of the global orderbook, from which is distilled fleet capacity growth of three to four per cent a year.

"So there is not a lot of evidence that the supply-demand balance is going to get better in the coming years, and even if it did, I think it would be short-lived," said Mr Skou.

Moreover, half the orderbook is for 10,000 TEUers or bigger, which are only suited to Asia-Europe trades.