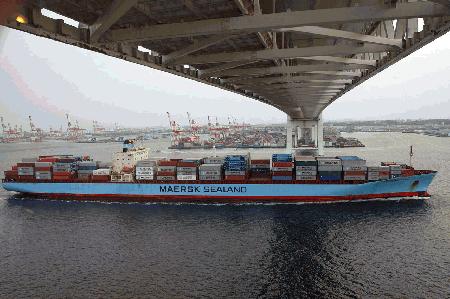 Maersk Line quarterly profit soared 57.2 per cent year on year mainly because of lower bunker prices and the appreciation of the US dollar.

Implementation of the new vessel sharing agreement, the 2M, with Mediterranean Shipping Company (MSC) on the east-west network was completed by April 4. The phase-in of the 193 vessels was executed successfully and with "only very few disruptions" during the quarter, the company said.

APM Terminals delivered a profit of $90 million down from $215 million a year earlier. "The result was negatively impacted by significant decreases in key oil dependant markets," said the company.

Revenue increased four per cent, as a result of an increase in pass-through construction revenue.

Excluding this, the revenue decreased by three per cent year on year, due to the weakening of local currencies against the US dollar, as well as the low oil prices negatively impacting revenues of some key terminals in oil dependant markets.