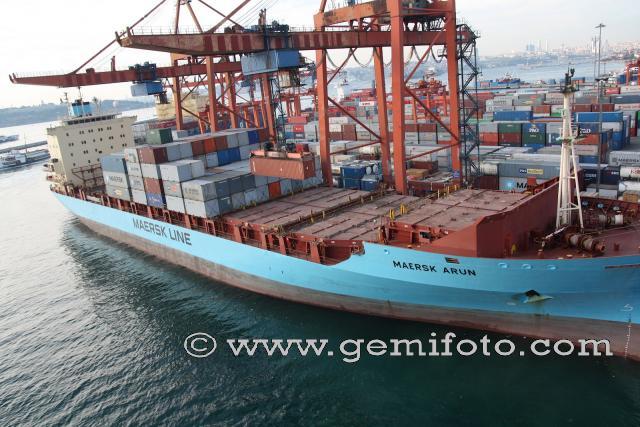 Maersk Line, the world's biggest container shipping company, reported a 7.3 per cent drop in operating profit after tax to $507 million.

Maersk's group net income fell to $1.07 billion in the quarter, beating the median estimate of $729 million in a Bloomberg survey of 10 analysts.

Maersk Line, which transports 15 per cent of the world's manufactured goods, said gains from lower fuel costs and higher volumes were offset by a decline in freight rates brought about by a capacity glut and a slow down in world trade.

The group kept its full-year outlook of an underlying net profit of $4 billion and said it had decided to launch a share buy-back programme of $1 billion.

"In a quarter impacted by lower average container rates and a lower oil price, the Maersk Group achieved a satisfactory result. We reiterate our strategic direction of targeting profitable growth with top-quartile performance and a ROIC [return on invested capital] above 10 per cent over the cycle in all business units," said the company statement.

"The turbulence in the oil price has had a negative influence in the oil and offshore markets and countries dependent on oil. This has changed the outlook for Maersk Oil, Maersk Drilling, APM Terminals and APM Shipping Services, where previously announced profit and growth targets will be replaced by plans adapting to the volatile environment," said group CEO Nils Smedegaard Andersen.

APM Terminals delivered a profit of $161 million. The result was negatively impacted by a revenue reduction of 8.6 per cent caused by decreased volumes in key oil dependent markets as well as divestments in 2014 and weakening of local currencies against the dollar resulting in lower revenue in dollar terms, said the group statement.

"Maersk Line reiterates the expectation of a higher underlying result than for 2014. Global demand for seaborne container transportation is revised to an expected increase by 2-4 per cent versus previously by 3-5 per cent," said the company.