The shortly after hitting a corner of the Port Otago Beach St wharf at Port Chalmers yesterday. Photo by Warren Lewis. 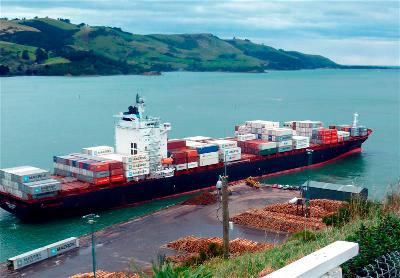 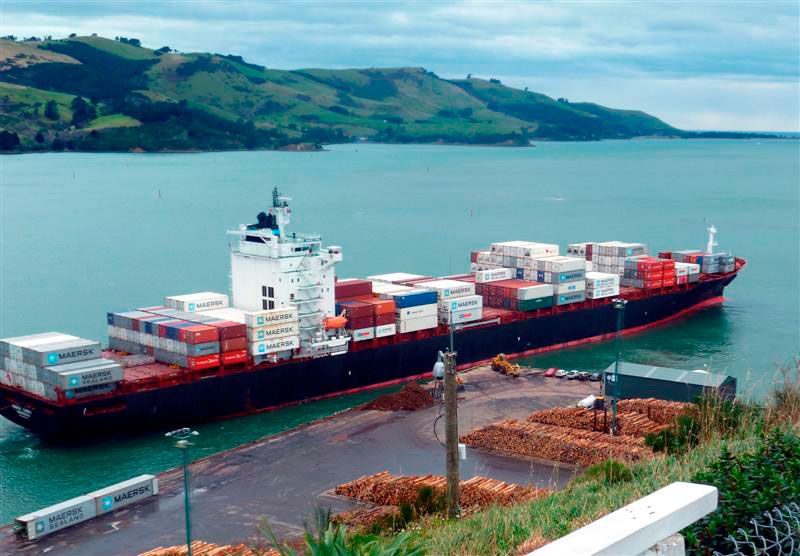 The Maersk Dabou shortly after hitting a corner of the Port Otago Beach St wharf at Port Chalmers yesterday. .

A container ship may be stranded at Port Chalmers for days, after it was holed during a berthing manoeuvre at the port yesterday.

Port Otago chief executive Geoff Plunket said the starboard side of Maersk Dabou was damaged when the engines failed while it was docking at 2.20pm.

"The vessel was turning in the basin before berthing, when the engines failed. It was part way through the turn and it hit the end of Beach St wharf," he said yesterday.

"There is a not insignificant hole in the side of the vessel, above the waterline," he said.

"A combination of the ship master, bridge crew and crane crew then assisted the vessel to the multipurpose berth. It was very professionally managed."

"I can't recall another incident like this. It will have to be repaired before it can be shifted. But that's the ship master's responsibility," Mr Plunket said.

An investigation was under way, he said.

"It was fairly dramatic. There was a great cloud of concrete dust when it hit and then you could see a great big puncture," he said.

"The hole would have been about 5m by 2m. It's a big hole. You could walk through it."

The Maersk Dabou is owned by German company the Oltmann Group and is chartered to the Denmark-based Maersk container ship company.

It was docking for the eighth time at Port Chalmers, since its first visit on November 4 last year.

Maersk, which is Port Otago's largest customer, announced this week it was ceasing its weekly direct service to Australia, which will result in a 10% container loss, or about 22,000 TEUs, (20 foot equivalent container units), during the next year.
Picture:  Otago Daily Times http://www.odt.co.nz/news/dunedin/161292/ship-holed-berthing-mishap