HONG Kong government measures to enhance the use of back-up land at its Kwai Tsing terminals, which it hopes will alleviate congestion and improve cargo handling efficiency, have drawn a lukewarm response from port operators. 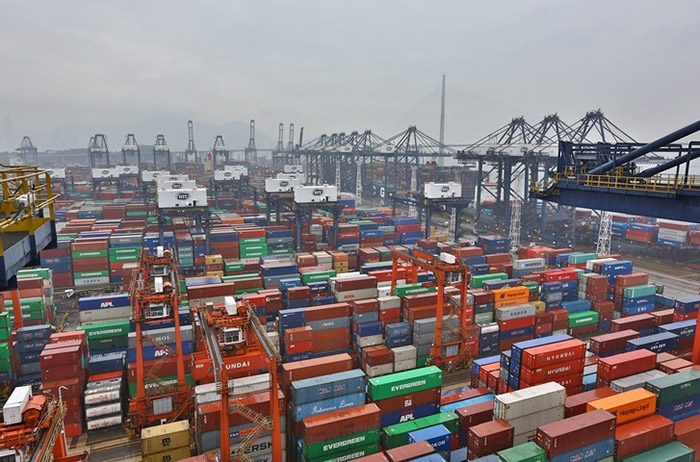 HONG Kong government measures to enhance the use of back-up land at its Kwai Tsing terminals, which it hopes will alleviate congestion and improve cargo handling efficiency, have drawn a lukewarm response from port operators.

Container terminal operators welcomed the measures but noted they were coming very late and were insufficient to have a major positive impact on the competitiveness of the port, the IHS Media reported.

"It isn't enough and it is late, but we'll move forward with it anyway as it's better than nothing," said a senior executive with one of the main Kwai Tsing operators.

Four sites totalling 37.5 acres and located immediately adjacent to the existing terminals at Kwai Tsing will be disposed to operators on a long-term basis in phases from 2016-2017 onwards. The move will increase in yard capacity at Kwai Tsing by 4 per cent, providing capacity to handle an extra 820,000 to 850,000 TEU annually, according to the Transport and Housing Bureau.

Additional barge berths are also being provided to meet the increasing growth in river-borne trade with two sites of 8.2 acres each allocated for barge berth usage from 2017-2018 onwards.

Measures to rationalise the management of the roughly 247 acres of back-up land occupied by short-term tenancies are also being implemented. This is aimed at assisting logistics trade operators at Kwai Tsing who generally think current leasing structures do not cater to their mode of operation and costs.

"In recent years, the problem of congestion is becoming increasingly serious ... Given that Kwai Tsing handles 80 per cent of all containerised cargo in Hong Kong, there is concern that the overall competitiveness of Hong Kong Port is at stake," the bureau said.

Container volumes through Hong Kong Port declined year on year for the 15th consecutive month in September. On a year-to-date basis, Hong Kong has suffered a cumulative decline of 8.1 per cent in throughput.

But there are concerns that re-zoning various land parcels to implement the plan may necessitate involvement of the Town Planning Board and could be a source of lengthy delays.

A government commissioned study by BMT Asia Pacific on enhancing the city's position as an international maritime centre issued at the end of last year warned that Hong Kong must act now in the face of keen competition.