The dry bulk shipping sector needs to step up the pace of ship demolitions if it wants to achieve a much needed shrinking of the tonnage overhang it has grappled with in recent years, shipping sources say. 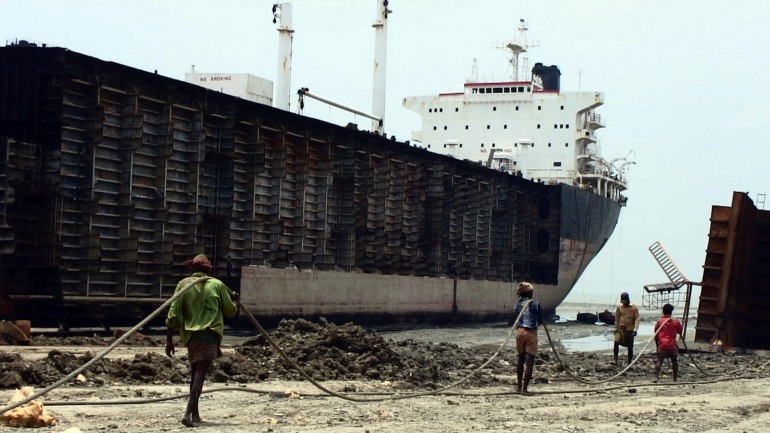 The dry bulk shipping sector needs to step up the pace of ship demolitions if it wants to achieve a much needed shrinking of the tonnage overhang it has grappled with in recent years, shipping sources say.

According to the latest estimates by Greece-based sale-and-purchase shipbroker Golden Destiny, in January a total of 25 dry bulk carriers were demolished, comprising 10 Handysize vessels, six Ultramax and Panamaxes and nine Capesize vessels.

However, this was offset by the fact that 96 new ships were delivered in the same month, meaning that the global dry fleet ended up with an extra 71 ships, Golden Destiny said.

This pattern of more bulk carriers being delivered than demolished occurred in both 2013 and 2014.

A rate of 25 ships recycled each month, as in January 2015, would lead to 300 ships scrapped by year-end. But, shipbroking sources said, this would be a drop in the ocean considering that 2015 is set to be a bumper year for ship deliveries: Golden Destiny estimates 1,066 new bulk carriers will be delivered in 2015.

Shipping sources said there were two key reasons behind the low volumes of ships being recycled: a sharp fall in the price for scrap derived from ships since August 2014; and hope among many market players that global dry cargo demand is due to recover, bringing with it higher freight rates.

According to Vagelis Chatzigiannis, sale-and-purchase trader with Dubai-based Global Marketing Systems, many owners held back from scrapping their ships in late 2014 because of a drop in the scrap price.

This began in August and spilled over into the first two months of 2015. “The price dropped from $500/ldt [light displacement ton] to $350/ldt during that time-frame,” Chatzigiannis said. #

“Several sales have been concluded during this period, but, of course, shipowners are surprised to see the value of their assets having dropped by more than 30% in just six months.”

Low demand for scrap in South Asia because of cheaper imports of finished steel products from China has been the main reason for the drop, Chatzigiannis said.

Many owners are also reluctant to scrap their ships because they fear getting caught short of ships when the market recovers, sources said.

“Logically, we should be seeing more ships scrapped because of low freights,” said a Piraeus-based broker. “But not only have scrap rates fallen, there’s also the thought among some that rates have hit bottom and the only way is up. So, people are holding on to tonnage, betting on the market’s recovery.”

Another broker said: “Whichever way you look at it, dry freight rates will chug along as long as there are so many extra ships on the water. What we need to see is more tonnage from the 1980s and 1990s scrapped.”

Although there is a consensus among the shipping industry that more old vessels need to be scrapped, there will always be a place in the market for some older ships. a London-based broker said.

“Some older Handies run along specific, coastal routes, carrying dirty cargoes that other, newer ships wouldn’t handle, so we need these,” he said. Also, there are many 1990s-built ships that are well-maintained and are “as good as a modern unit” in many cases, said another source.

However, many ships built in the 1990s — amounting to 15% of the global fleet, according to Golden Destiny — lag behind in fuel efficiency and clog key loading areas such as the Mediterranean and Black Sea, several shipbroking sources said.

Despite this, many owners hold on to older ships because “Handies in their majority, they tend to belong to shipowners who are reluctant to scrap them because they want to get as much out of them as they can — squeeze them dry, so to speak,” said another broker.

“Even under negative market conditions, it’s easier for an old Handysize ship to find employment than it is for a brand new Capesize, so there’s no surprise that so many 1990s-built Handies are still around and we see quite a few new Capesizes going to the scrap yards.”

One source said the dry bulk sector may in fact see more ships built in the past 15 years being recycled, rather than ships built before 2000.

“Owners keen on newer tonnage already realize that ships built in the mid-2000s are, in terms of fuel efficiency and technology, already outdated when compared with ships built these past few years,” he said. “It’s like comparing steam engines with bullet trains.”