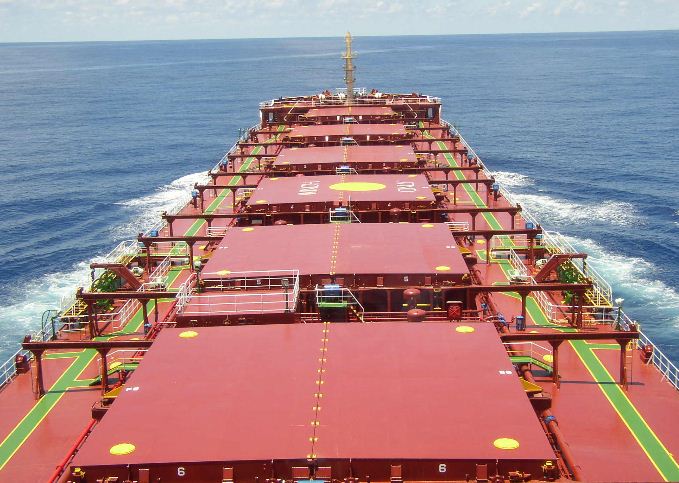 Rates on the capesize route from Brazil to China soared to the highest level in nearly 18 months on Thursday, fuelled by chartering activity by Brazilian iron ore major Vale and ship operators including Louis Dreyfus, according to ship brokers and chartering data on the Reuters Eikon terminal.

“I think we’ll see rates continue to go up. The supply of tonnage for April loading is very tight. Tonnage is tight generally,” a Singapore-based capesize broker said.

“It has been a surprise – rates increased further than we thought,” the broker added.

That came as the number of spot capesize charters, mainly to transport iron ore, surged to more than 40 in the week ended Thursday, which is double compared with January level, data on the Reuters Eikon terminal showed.

Earnings are now around $14,000 per day for a capesize round-trip voyage in the Pacific Ocean, Norwegian ship broker Fearnley said in a note on Wednesday.

That compared with average daily earnings of $6,500 last year, according to data from shipping services firm Clarkson.

But analysts sounded warnings on the outlook for the dry bulk market.

“The continued slowdown in scrapping and the lower level of demand in the first quarter, means the supply-side growth will exceed the growth in demand on a short-term basis, and lead to lower dry bulk earnings in that period,” Peter Sand, chief shipping analyst at shipping lobby group BIMCO, stated in a note on Thursday.

Charter rates from Western Australia to China route rose to $6.35 a tonne on Thursday, from $5.99 per tonne a week earlier. They hit $6.49 per tonne on Tuesday, the highest since Nov. 29.

Charter rates for smaller panamax vessels for a north Pacific round-trip voyage continued to surge, rising to $10,390 per day on Thurday, the highest since Nov. 11, 2014, from $9,170 per day last Thursday.