The pick-up in demand for seaborne dry bulk commodities across the board provided shipowners with better returns during the first quarter of the year despite net fleet growth over the same period. 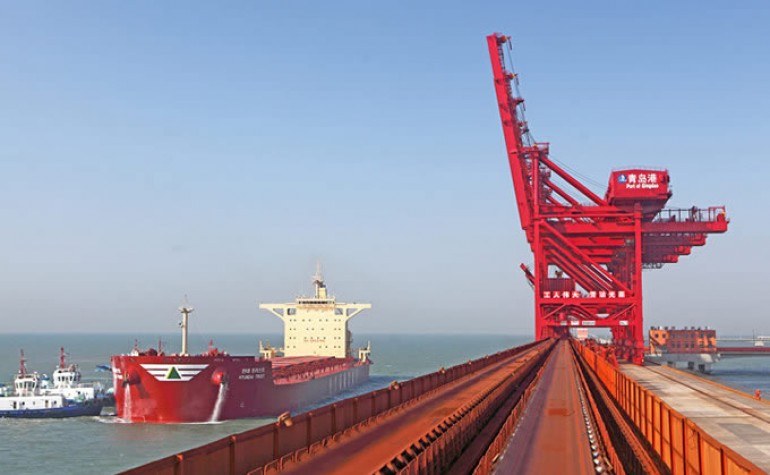 The pick-up in demand for seaborne dry bulk commodities across the board provided shipowners with better returns during the first quarter of the year despite net fleet growth over the same period.

The scrapping of dry bulk vessel capacity in Q1 was close to 4.5 million dwt after about 50 ships were torched, down 65% from the year before, according to estimates by Intermodal and Bancosta Research. The average age of vessels scrapped in Q1 was 23 years, similar to Q1 2016.

“The trend is different only for Capesize vessels. The average age of Capesizes being sold for demotion has increased from 19.7 years in Q1 2016 to 21.2 years in first quarter this year,” said Eva Tzima, Intermodal Shipbrokers’ head of research and valuations.

Higher freight returns have translated into lower scrapping volumes, while scrap prices have increased on the back of the rise in steel prices.

“There is a natural progression in the rates and this is good for the dry bulk markets,” said Punit Oza, vice-president and head of Supramax Pacific at Klaveness Asia, at the Platts Dry Bulk Forum in Singapore last week.

“The Capesize ships which are larger are being paid the highest followed by Panamaxes, Supramax and Handysize vessels in that order,” he added.

According to Oza, the larger vessel sizes had cannibalized the smaller segment as they offered cheaper tonnage.

“Last year, charterers were gaining by combining cargoes into a larger vessel, while the opposite is what is natural to the market,” he said.

The simple average of the time charter equivalent rates published by Platts in Q1 puts the earnings for Capesize vessels at 11,917/day, followed by Panamax and Supramax vessels at $7,745/day and $7,204/day respectively.

“Brokers can smile again for a while as the commissions are much better [than last year] even for a shorter time charter trip,” said a shipbroker source, adding that the easing credit situation should continue to encourage trade and therefore seaborne demand.