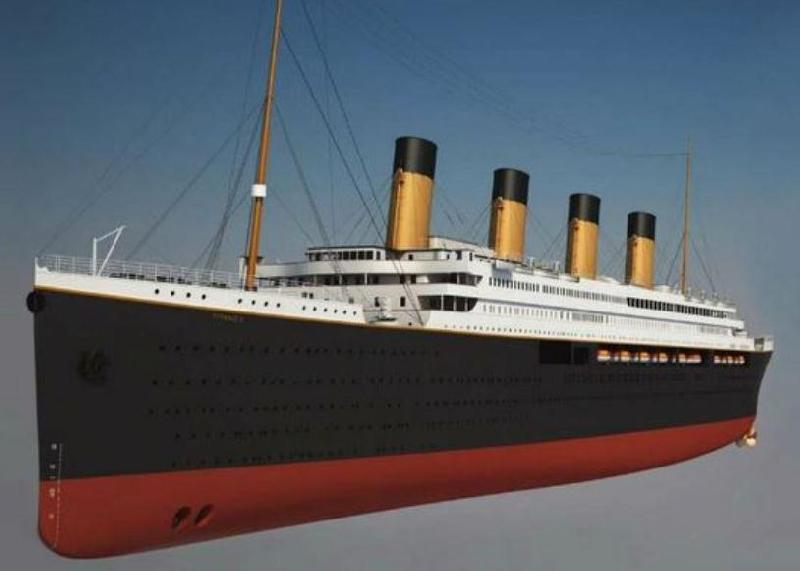 Mr Palmer said Lloyd’s Register had more than 250 years’ experience with passenger ships and would review key design drawings, calculations and studies for Titanic II. He said the appointment of Lloyd’s Register further strengthened the team that had been assembled to deliver Titanic II in 2016.

“I would like to welcome Lloyd’s Register to the Titanic II team and look forward to working closely with them on this landmark project,” Mr Palmer said. “Blue Star Line has engaged Lloyd’s Register to review key design drawings, calculations and studies for Titanic II against relevant rules and regulation. This will include class rules and Safety of Life at Sea (SOLAS) aspects which relate to the structure, stability and safety of Titanic II.”

Paul Nichols, the Lead Specialist with Lloyd’s Register’s Passenger Ship Support Centre in the UK, said Lloyds Register was delighted to be part of the Titanic II project. “Working with Blue Star Line and Titanic II’s designers Deltamarin, Lloyd’s Register will help ensure the vessel will be compliant with all the current statutory and classification regulations,” Mr Nichols said. “Lloyd’s Register opened its first office in China in 1869, more than 40 years before the original Titanic was built and will be proud to play a part of the building of Titanic II in China. Lloyd’s Register provides independent assurance to companies operating high-risk, capital-intensive assets in the energy and transportation sectors. We enhance the safety of life, property and the environment by helping our clients to ensure the quality construction and operation of critical infrastructure.”

Titanic II is scheduled to be launched from its construction base in China in 2016, before her maiden passenger voyage retracing its original journey from Southampton to New York.

“Titanic II will be a regular feature on the transatlantic route between the UK and USA,” Mr Palmer said. “This magnificent vessel is being constructed in memory of the heroic people who served on the first ship, as well as the passengers who sadly shared their fate. We also want to recognise the artists and artisans whose skill, creativity and dexterity has never been fully recognised because of the ship’s limited service.”