MENTION the word Fiat and people immediately associate the car with Italy. However not many will know that Contship Italia was responsible for shipping and transporting the cars from the factory to places like Morocco and Marseille. 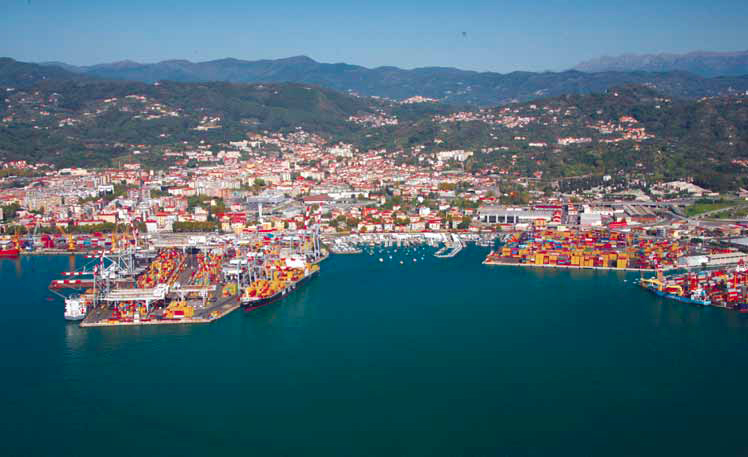 According to Daniele Testi, Marketing and Corporate Communication director, "La Spezia Container Terminal (LSCT) which is the flagship terminal of Contship Italia began container operations in 1971 and was the first Italian port to achieve privatisation". LSCT which is located in north west of Italy has a huge hinterland that covers the north, east and central part of Italy within a 250km range radius. These regions (Tuscany, Lombardy, Emilia Romagna, Veneto) contributed about 45 per cent to Italy's GDP. Well established industries in these regions range from foodstuff to mechanical parts, building material, furniture, textiles and of course notable automobile manufacturers such as Ferrari and Ducati.

LSCT is a modern container terminal which is capable of handling mega container vessels of 16,000 TEU capacity since 2011. It operates on a 24/7 basis and has a yearly throughput of 1.4 million TEU. The terminal has invested heavily in technology to boost efficiency and quality of service. Although it is one fifth the size of its neighbour Genoa, its high productivity and work efficiency allowing the compact terminal to handle more containers per liner quay. However the growing demand is hampered by its physical constraint. Therefore to better serve the north, east and central regions the management is investing EUR200 million (US$228 million) to expand the terminal's handling capacity. Once the project is completed five years from now the terminal will have a total of four docks capable of handling up to 2.5 million TEU. To cater to the increase in the number of truck movements there will be a total of three gates as compared to having one gate currently.

Mr Testi who started his career with Contship in 2002 remarked that the competitiveness of the terminal was further enhanced by a comprehensive rail network that covers both international and domestic markets. To further support the rail services, the company has invested $33 million to build a rail hub in Milano with a handling capacity of 300,000 TEU. Operating 200 trains weekly of which 160 are for domestic market and 40 for international market via Melzo Milan, currently 35 per cent of the cargo is delivered by trains with plans to increase up to 50 per cent in the future.

At some ports, clearing of Customs can be a bane to the customers. Any delay at the custom can disrupt the supply chain that may further affects their business. To facilitate the fast delivery of cargo, at LSCT the customers can arrange for Customs clearance 48 hours before the arrival of the vessel. About 33 per cent of the total vessel calls undertake such pre-Custom procedures and the average cargo dwell time in the terminal has reduced by 3 days. To boost competitiveness in southern Europe, the Italian government together with the maritime and logistics sector developed and introduced a smooth Customs clearance procedure by way of the Customs fast corridor. For Contship Italia the scheme was introduce in 2015 at LSCT that connects to its inland rail hub in Melzo Milan. As a result LSCT has developed into a preferred hub for connection to the Asian markets.

Besides serving as a main gateway to the Italian market, LSCT is also actively promoting its services to landlocked country of Switzerland and the affluent southern part of Germany. To mitigate the risk of disruption to the supply chain, more cargo from Switzerland and southern Germany are being ship via LSCT instead of solely dependent on the northern ports of Europe. In the past the freight rates for Asia/European ports are lower than Asia/Mediterranean. However in recent years the trend has reversed and for Switzerland whose market is dominated by freight forwarders, the choice is obvious.

Transit time plays a crucial part in getting the inventory costs down. LSCT being the first port of call for east bound Asia/Europe service coupled with the extensive reach of its rail network can contribute to significant cost savings for the customers. For example, as provided by Mr Testi, the total transit time from Hong Kong to Basel is 26 days via LSCT. However if the shipment is via Rotterdam the total transit time is 31 days. Assuming the cargo value per container is $100,000 the saving of inventory cost per container is about $612.

For the shipping lines that ply their liner trades between Asia/Mediterranean, LSCT is too important to be overlook due to its geographical location. Hence all the Alliances has include this terminal as one of their port of call in their schedules. With regards to China "One Belt One Road" initiative, Mr Testi remarked that Italy has the necessary rail infrastructure in place to support this project. According to Mr Testi, LSCT welcome this development as their current rail network in Milano is connected to Duisburg in Germany which is one of the transit point along the One Belt One Road route. In fact some of their customers has already utilised this mode of transportation to China.

La Spezia Container Terminal may be small in size as compared to some of its other counterparts especially of those in Asia. If the past is indicative of the future whereby the idea for containerisation first mooted in the early 1970s was met with scepticism by other port operators, the management bold vision will ensure the terminal continue to stay at the forefront of the competition in the years to come.

Intermodal rates continue to rise in May, but at a slower pace