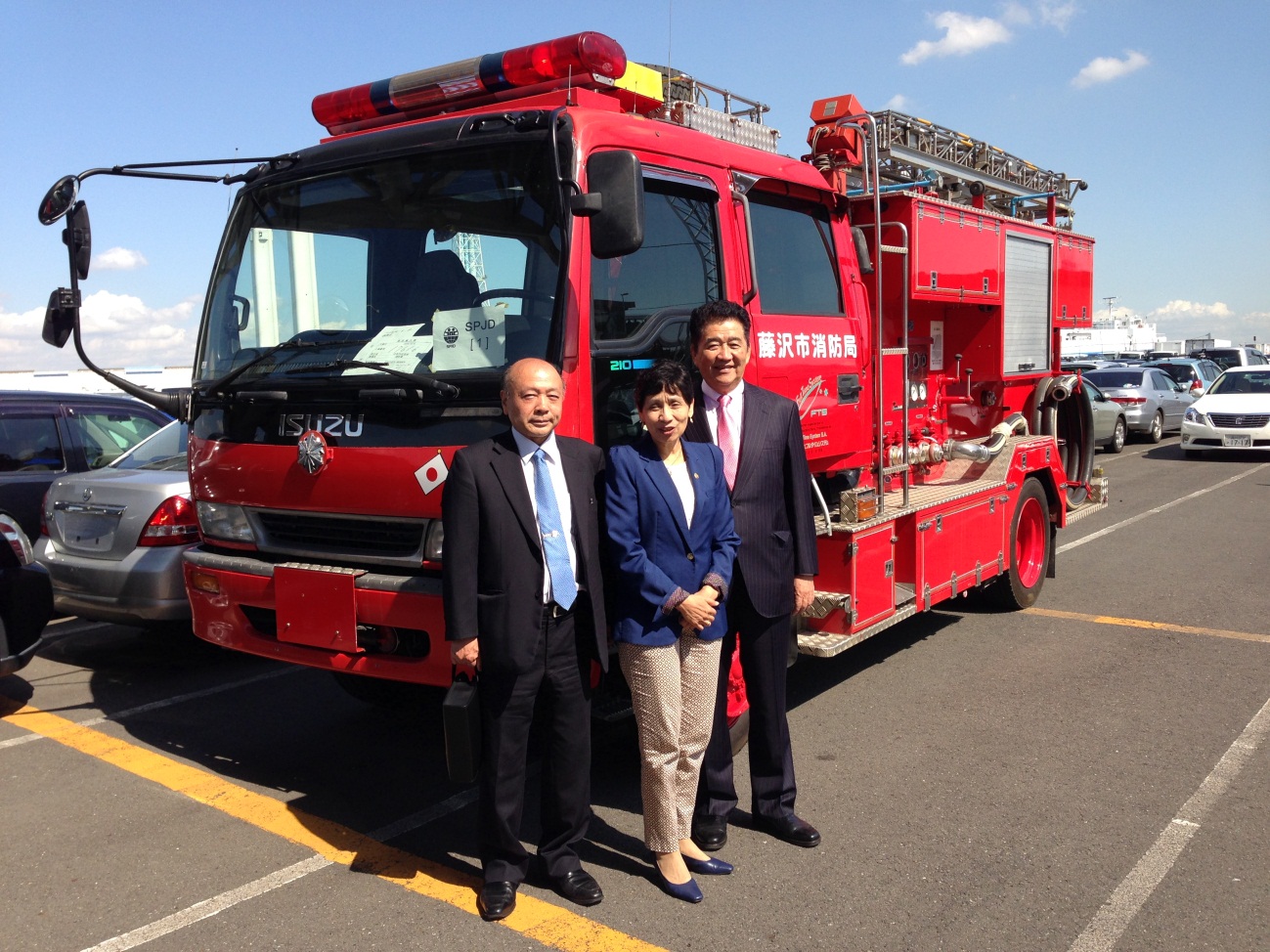 El Salvador has long faced a shortage of fire engines, having only 19 units in the whole nation.

Recognising such a situation, Fujisawa City decided to donate an ambulance because Salvadorian ambassador to Japan, Martha Lidia Zelayandia had long been a resident of the city.

The shipping line transported the vehicles on board its pure car carrier loaded at Yokohama as per a request from the ambassador to the special executive advisor of the company and honourary consul of the country, Hiroyuki Maekawa.

The ambulance and fire engine were loaded with the cooperation of Daito Corporation, an affiliate company of "K" Line.