The Northern Sea Route will see its third record in less than a month when the largest ever bulk carrier to take the route leaves Murmansk next week. 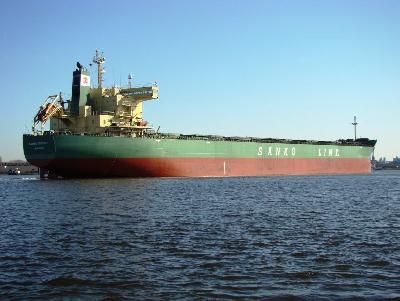 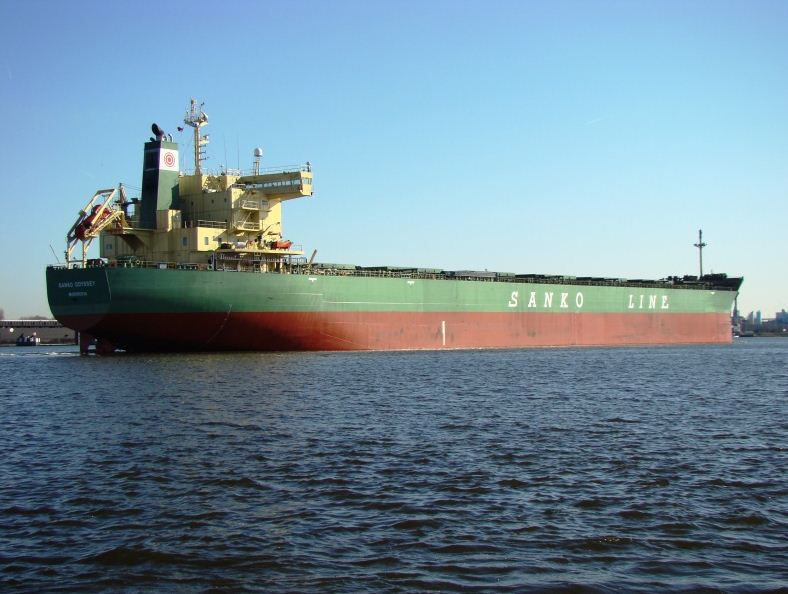 The Northern Sea Route will see its third record in less than a month when the largest ever bulk carrier to take the route leaves Murmansk next week. It is also the first time a Japanese shipping company sends a vessel through the Northeast Passage.

Only a week after the largest tanker to sail through the Northeast Passage left Murmansk for Southeast Asia, the 75 600 dwt bulk carrier “Sanko Odyssey” is ready to make the same voyage, loaded with 72 000 tons of iron ore bound for China.

The vessel is currently loading the iron ore – produced at Kovdor mining company on the Kola Peninsula – in Murmansk Port and is bound for departure in the end of August.

Earlier this summer, a speed record was set on the Northern Sea Route when the Panamax-class tanker “STI Heritage” loaded with 61.000 tons of gas condensate sailed the route in only eight days.

There have been two other shipments of iron concentrate on the Northern Sea Route this sailing season – the two 23 000 dwt bulk carriers “Mikhail Kutuzov” and “Dmitry Pozharsky” from Murmansk Shipping Company.

In the future there can be even larger vessels transporting iron ore along the northern coast of Russia. The Japanse company Hyundai Heavy Industries is now conducting model tests on a new ice-protected bulk carrier with a deadweight of 190 000 tons. This will be the world’s largest commercial vessel specially constructed for operations in the Arctic. It will be 310 meters long, 51 meters wide and can break ice up to 1,7 meters thick.