The newly established government in Italy has closed its ports to the ship, which departed from Libya and carried 629 refugees. 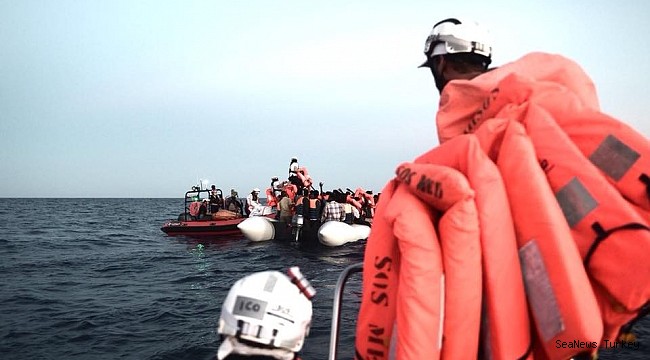 Another ship is on its way
While Aquarius ship's condition was uncertain, it became clear that another ship from Libya was on its way today. It is reported that about 800 people were on the road this morning, Interior Minister Salvini said about the rescue ship Sea Watch 3, which is located in the Libyan coasts, "a ship belonging to the Dutch flag and a German civil society organization whose purpose is to bring refugees to Italy. Germany, Malta have closed the doors, France is sending refugees back, Europe is not in the car.
Interior Minister Matteo Salvini, Secretary General of the League Party (Lega), is known for his immigrant and EU opposition.

"They are praying"
The Aquarius ship is expected to be rescued by Malta 27 and 35 miles from Italy's Sicily Island. According to the information reflected in the Italian press, there is a daily supply on board. The 550-capacity Aquarius ship is carrying 629 refugees. The ship has 11 infants, 7 pregnant women and 123 non-parent children.
It is seen that a refugee woman prayed to the children in the images from the ship today.