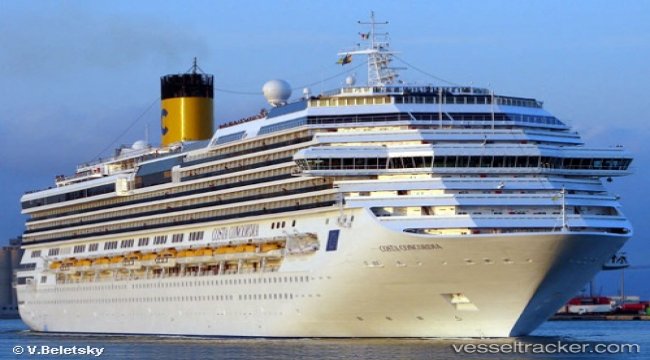 An Irishman has been jailed in Italy after stealing a backpack from the wreck of the 'Costa Concordia'. Sean Ruddy, 41, was convicted alongside three other salvage workers after they stole a number of ‘souvenirs’ in November 2013. Mr Ruddy was convicted alongside British national David Freeburn, 47, for stealing a bag with the Costa Concordia logo on it. The two men were jailed for six months and handed €200 fines. South African citizens Melvin Lotter, 31, and Hendrik Johannes Venter, 33, were sentenced to four months in prison and fined €200 for violating police seals. All four men were employed by salvage firm Titan Micoperi and worked mainly to defuel the vessel prior to its removal. They were detained by Italian police after CCTV images captured them boarding the vessel. The men were fired by Titan Microperi, who in a November 2013 statement said: 'The company has taken immediate action to remove the workers from the project.” The prosecution had lodged a request for Mr Ruddy and Mr Freeburn to be jailed for a year each and fined €300, which was rejected by the judge.