An Irish-owned ship which was carrying humanitarian supplies to Yemen has been detained by Arab coalition forces on suspicion of arms smuggling. T 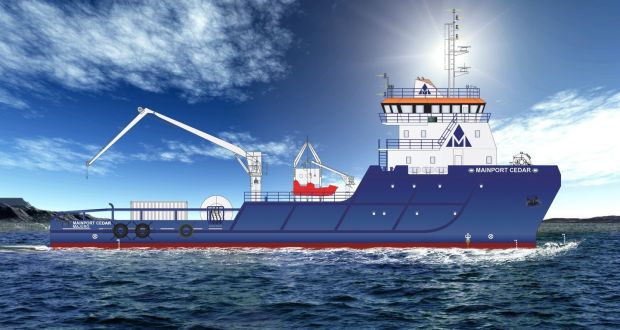 17 February 2016 - 14:53
Irish-owned ship held by Arab coalition forces in Saudi Arabia
An Irish-owned ship which was carrying humanitarian supplies to Yemen has been detained by Arab coalition forces on suspicion of arms smuggling. The 54m vessel MV Mainport Cedar was en route to the Yemeni port of Hodeidah from Djibouti on the Horn of Africa, when it was apprehended late last week.
Owner Mainport of Cork confirmed that the ship, with 13 crew on board, none of whom are Irish, was diverted to the Saudi Arabian port of Jizan where it was still being held yesterday. The Mainport Cedar, registered in the Marshall Islands, was built in Malaysia in 2013 for the Cork-based shipping company as a seismic support, tug and supply vessel.
A spokesman for Mainport said the ship had been on regular charter trips for the World Food Programme (WFP) and was carrying a cargo of tuna, medical supplies and telecommunications equipment to Yemen when it was escorted to Saudi Arabia for inspection.
None of the crew – two Britons, seven Filipinos, two Nepalese, one Croatian and one Bulgarian – had been harmed. The spokesman said the diversion was a “formality” relating to paperwork.
This news 2586 hits received.