Iranian warships will accompany a cargo ship bound for the Yemeni port of Hodaida, held by Iran-backed Houthi fighters, a naval commander was quoted as saying by state news agency IRNA. 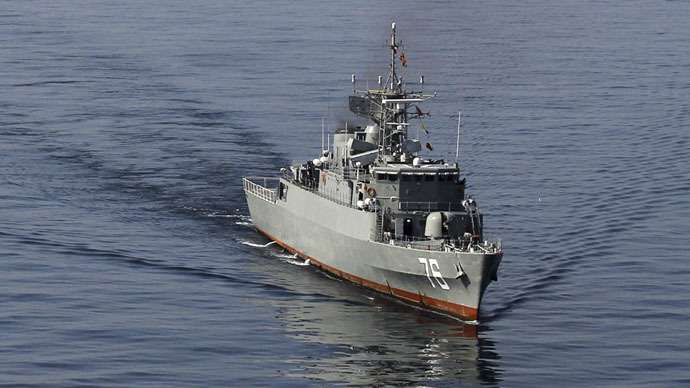 Iranian warships will accompany a cargo ship bound for the Yemeni port of Hodaida, held by Iran-backed Houthi fighters, a naval commander was quoted as saying by state news agency IRNA.

This would be in defiance of a US-backed but Saudi-Egyptian manned blockade stopping and inspecting ships bound for Yemeni ports, notable Aden, through which the country gets most of its food.

"The 34th fleet, which is currently in the Gulf of Aden, has special responsibility to protect the Iranian humanitarian aid ship," Admiral Hossein Azad said, referring to a destroyer and support vessel in international waters off Yemen.

A ceasefire was due to begin on Tuesday evening between a Saudi-led coalition and the Houthi militia in Yemen, Reuters reported.

Separately, in Benghazi, forces loyal to Libya's internationally recognised government said they shelled a Turkish ship off the Libyan coast after it was warned not to approach, and one crew member was killed in what Turkey described as a "contemptible attack".

Libya is in a state of civil war as two rival governments backed by various armed groups vie for control of the oil-producing state including its ports, four years after rebels overthrew Muammar Gaddafi.

The third officer on the Cook Islands-chartered Tuna-1 vessel died and other crew members were wounded in the attacks, according to the Turkish statement.

A Libyan military source said the vessel was on fire and being towed to Tobruk terminal. But a Turkish foreign ministry official denied this, saying it was returning to Turkey.