Inmarsat, a provider of global mobile satellite communications services, has staged the inaugural ‘Smart Operations’ conference, the first in a series of events seeking an open debate in the maritime industry over the operational benefits of integrated thinking on shore and ship communications. 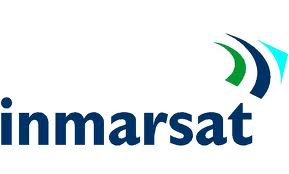 Inmarsat, a provider of global mobile satellite communications services, has staged the inaugural ‘Smart Operations’ conference, the first in a series of events seeking an open debate in the maritime industry over the operational benefits of integrated thinking on shore and ship communications.

With the first of the three new Global Xpress® satellites already in orbit – a prelude to the global launch of the world’s first high-speed mobile broadband satellite service to the maritime industry, scheduled for early 2015 – the ‘Smart Operations’ conference took place at Inmarsat headquarters in London (February 12th) attended by leading figures in the maritime communications industry. Event organiser Fathom has already set 2014 dates for further conferences in Hamburg, Hong Kong and Athens.

“Ship to shore connectivity has not kept pace with the unprecedented data access available ashore after the internet revolution, but things are changing fast,” Inmarsat Maritime President Frank Coles told an audience including key end-users. “The industrial internet is here and shipping will have to accept it. With ships already featuring ever increasing numbers of sensors, smart operational decision-making is available through advanced analytics. Inmarsat is developing the platform that will enable the Maritime Industrial Internet age.”

Mr Coles said ultra-fast data transfer rates were in sight. Communications would be the enabler of operationally efficient technologies, he said.

“The shipping industry is innovative, but in its own way,” said Mr Coles.“Today, we send data in 2MB bundles, but tomorrow it will be 15-20MB. The point is it is no longer about getting data ashore, but about analysing it and sifting it to ensure smart operations.”

David Balston, UK Chamber of Shipping Director – Safety and Environment, outlined the commercial and regulatory pressures facing owners in 2014. High fuel prices and disastrous charter rates persisted while regulatory restrictions could cost shipping half a trillion dollars between 2015 and 2025, he said.

Quoting a McKinsey projection that 50 billion devices will be internet-connected by 2020, Mr Coles also cited an Engineering Software Reliability Group estimate to argue that $20 billion could be captured across 100,000 ships through smart decisions on energy efficiency, predictive maintenance and downtime avoidance. Again, the future of compliance with environmental rules lay in collecting, analysing and acting on real time data, he said.

Many are keen to fill expanded communications capacity. Introducing the ShipServ Match offer to save buyers money by analysing and rating the performance of 53,000 ship suppliers, Shipserv Chief Executive Paul Ostergaard envisioned a time when some purchasing decisions could devolve to crew. Meanwhile, Lloyd’s Register Lead Environmental Specialist Paul McStay said owners were seeking urgent guidance on which technologies would yield efficiency gains.

“Critical in all of this is reliable, fit for purpose communications,” said Mr Coles.“I believe shipowners cannot be expected to manage the data available alone and it is the engine and other equipment manufacturers and software developers who are taking the lead in developing the large network centres to help manage this. Vendors will drive change. They are doing it already.”

USS Taylor Inspected for Damage after Running Aground in Samsun, Turkey