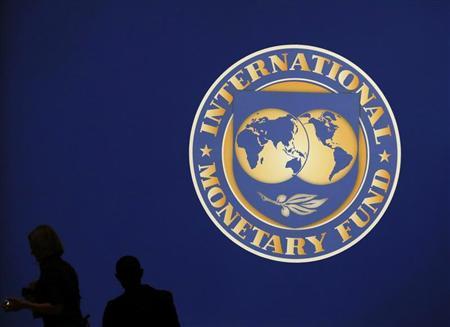 The IMF forecasts the sector will continue to see rather dreary prospects for the next 18 months with growth spread around the world, but thinly and characterised by volatility and uncertainty.

IMF chief economist Oliver Blanchard said the world economy has "moved from a two-speed recovery to a three-speed recovery" the US and the eurozone decoupling.

Emerging economies are forecast to grow five per cent in 2013 and 2014 while China is expected to grow eight per cent by 2014, although the IMF admitted it had not absorbed the latest and less buoyant figures on China.

Import growth into developing economies will continue to be strong at 6.2 per cent in 2013 and 7.3 per cent in 2014 but overall economic activity in the emerging markets has already slowed.

India has slowed with GDP forecast to grow 3.8 per cent this year and 5.1 per cent in 2014. Other emerging markets will be hit by the effects of lower commodity prices and possibly financial instability.

The IMF sees slower growth but more balanced growth for the world economy ahead. Large parts of the developed world are growing again but not fast enough to resume a normal expansion of world trade.

Emerging markets are growing their domestic markets, but again not fast enough to resume the sort of expansion in world trade previously experienced, the report said.