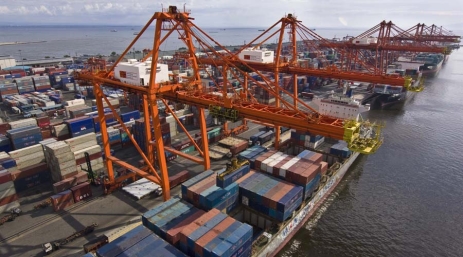 MANILA's International Container Terminal Services Inc's (ICTSI) net profit increased one per cent year on year in 2017 to US$182.1 million, drawn on revenues of US$1.244 billion, which increased 10 per cent.

The company said its net profit increased because of earnings from its new terminal in Matadi, Democratic Republic of the Congo (DRC), as well as from the terminals in Iraq, Mexico, Honduras, Madagascar, China, Poland and Brazil.

There were also gains related to the termination of the sub-concession agreement in Lagos.

But the good news was tempered by higher interest and financing charges, higher depreciation and amortisation expenses, start-up costs at the terminal in Melbourne and its share in a loss at Sociedad Puerto Industrial Aguadulce SA (SPIA) with joint venture partner, Singapore's PSA International, in Buenaventura, Colombia.

ICTSI handled consolidated volume of 9,153,458 TEU in 2017, five per cent more than in 2016. The increase in volume was ascribed to continuing improvement in global trade, particularly in emerging markets.

Consolidated EBITDA for 2017 increased 10 per cent to $578 million year on year.