Hyundai to benefit from Hanjin fall, but charter rates to drop: Drewry

HYUNDAI Merchant Marine (HMM) stands to be the big winner from the Hanjin Shipping collapse as it takes over its prize assets, according to London's Drewry Maritime Financial Research. 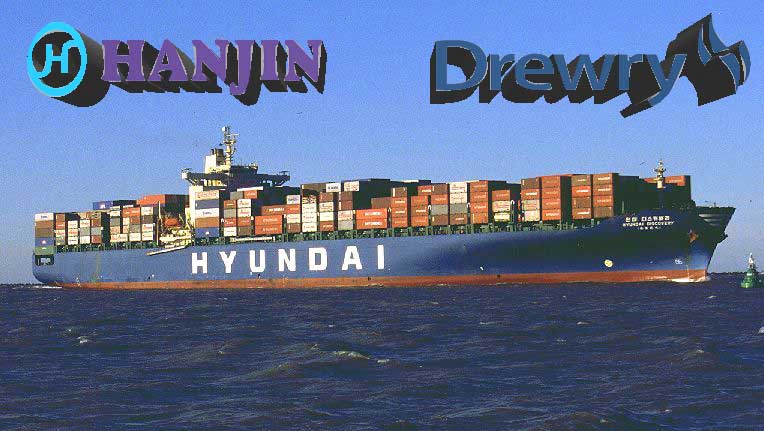 Hyundai to benefit from Hanjin fall, but charter rates to drop: Drewry
HYUNDAI Merchant Marine (HMM) stands to be the big winner from the Hanjin Shipping collapse as it takes over its prize assets, according to London's Drewry Maritime Financial Research.
"HMM could become the biggest beneficiary as it might consider buying Hanjin's distressed assets or deploy its ships on the routes that are exclusive to Hanjin," said Drewry in a highly tentative review of the state of the industry in August.
Looking at the container leasing business, Drewry had good things to say about San Francisco’s CAI International, reinforced by its glowing second quarter results.
"Not only did the company report a year-on-year revenue growth against declines in revenue for Triton and Textainer, it also registered a net profit of US$3.8 million against Triton's loss of $2 million and Textainer's loss of $1.5 million during 2Q16.
"The returns of both CIMC and Singamas were a positive seven per cent each for August," noted Drewry.
Among the non-operating owners, Danaos stock suffered the maximum loss of 24 per cent from month to month in August, followed by Costamare which fell nine per cent and Seaspan which lost three per cent.
"The likely outcome will see Seaspan and Danaos seeking new customers in a highly unfavourable environment for charter rates," said Drewry.
"While the picture is blurred, indicators hint at improvement. The US consumer spending is up, but corporate investments remain cautious," said the report.
But activity in China's manufacturing sector expanded in August on the back of a recovery in market demand and rebound in production, according to official data. Also, a surge in coal and crude oil imports suggests increased production activity.
"The purchasing managers' index (PMI) came in at 50.4 in August, rising from 49.9 in July. After a drop in July, the oil price rebounded in August.
While these indicators send the message of a positive business cycle, it remains to be seen whether the momentum will be repeated."