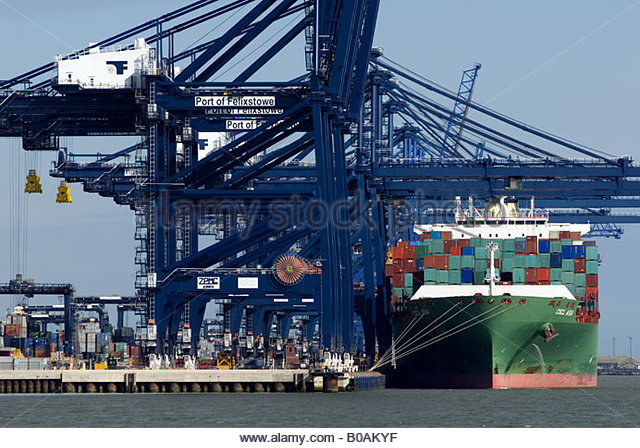 HUTCHISON Ports has commenced construction of a new 13-hectare paved container yard as part of the latest expansion phase at the UK port of Felixstowe. The work will include the reclamation of 3.2 hectares of seabed.UK Secretary of State for Transport Chris Grayling officiated the ground-breaking ceremony to mark the start of work on the new yard that will be located behind berth nine and will add 18,000 TEU of container storage capacity. The new yard is expected to be completed in early 2019, reported Seatrade Maritime News of Colchester, UK.

'This important expansion of Felixstowe continues the port's impressive record of investment to make sure it is well placed to make the most of trading opportunities both now and in the future,' Mr Grayling was quoted as saying. 'It is great to see our largest container port expanding its offering so it can grow and prosper.'

Port of Felixstowe CEO and Hutchison Ports executive director Clemence Cheng added: 'Berths eight and nine were the first berths in the UK built to accommodate the latest class of ultra-large container vessels. The creation of additional container storage will allow us to optimise container handling operations between the berth and its supporting yard.'

The port was the first in the UK to handle containerships with a capacity of over 18,000 TEU. Last year it welcomed 166 calls by the largest class of mega-ships, more than any other port in the UK.