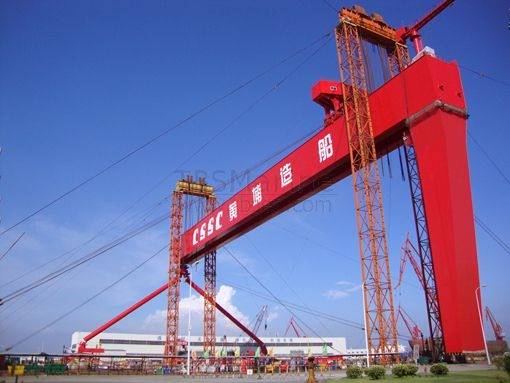 Huangpu Wenchong yard wins 4 dual-fuel box ships orders from Europe
CHINA's Huangpu Wenchong Shipyard has received an order for four 1,400 TEU dual-fuel containerships from Nordic Hamburg Shipmanagement and Containerships Ltd.
The four vessels are expected to be delivered during 2018.
The contract, which was signed in Helsinki is said to include the option for four more containerships, reported Vancouver's Ship & Bunker.
The vessels will be owned and managed by Nordic Hamburg and put on long-term charter with Containerships.
Containerships announced that it had decided to move the construction of six new liquefied natural gas (LNG) powered box ships, which were originally slated for construction at China's Yangzhou Guoyu Shipbuilding to another shipyard, citing "domestic problems".