HONG KONG's Kerry Logistics is looking to expand into France, Italy and Turkey by seizing merger and acquisition opportunities. 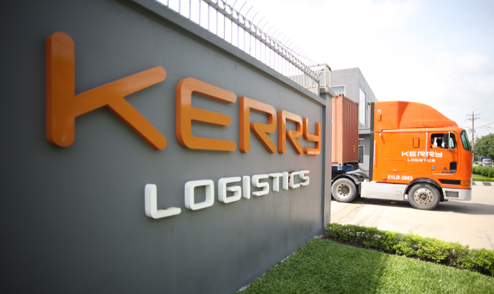 HONG KONG's Kerry Logistics is looking to expand into France, Italy and Turkey by seizing merger and acquisition opportunities.

This is a top priority, says of Kerry's managing director for Europe, Thomas Blank.

"France and Italy are major producers of fashion/lifestyle products and luxury goods in general as well as food and beverages, verticals in which we have a strong position elsewhere in the world, notably in Asia," Mr Blank told Lloyd's Loading List.

"As for Turkey, it is a very interesting economy and could be another launch country for us in our European network," he explained.

"We're not on the point of announcing acquisitions [in these countries] but are talking to targets and looking to make some traction in 2016," said Mr Blank.

In addition to Sweden and Portugal, the company is also present in the UK, Germany, Netherlands, Belgium, Spain, Switzerland and Czech Republic.

"In terms of numbers, I can't really go beyond those released in the group's 2015 report, which highlights an annual turnover of around US$400 million in Europe as a whole and an operating margin (EBIT) of 2.5 per cent."

The healthy margins the company is currently posting in Europe reflect a strategy of targeting verticals that offer the most profitable returns, such as fashion and lifestyle, food and beverages, electronics, high-tech, pharmaceuticals and automotive.

Organic growth is also an important element of Kerry Logistics' expansion strategy in Europe, which entails leveraging the business the group already has with brand names in Asia,

"If we take our Kerry Logistics colleagues in China and Hong Kong, they probably have 20-30 European brand names in their portfolio for whom they handle contract logistics as well as providing value-added and local services, like China domestic trucking and express services to destinations in Asia. But in Europe, we don't have much penetration if any at all, into these accounts."

Mr Blank also highlights "prestigious European fashion brands" whose hanging garments the company handles from its distribution centres in Hong Kong and mainland China to supply both domestic and Asia-Pacific markets as well as providing other value-added services.

"We don't have the business relationships on the European side for the freight services and it's this that we want to build up in terms of organic growth in Europe."