KOREA's Hanjin Shipping Co has announced that it is ending direct calls at Portland, Oregon, because of the lack of productivity from the recalcitrant dockers union for more than two years. 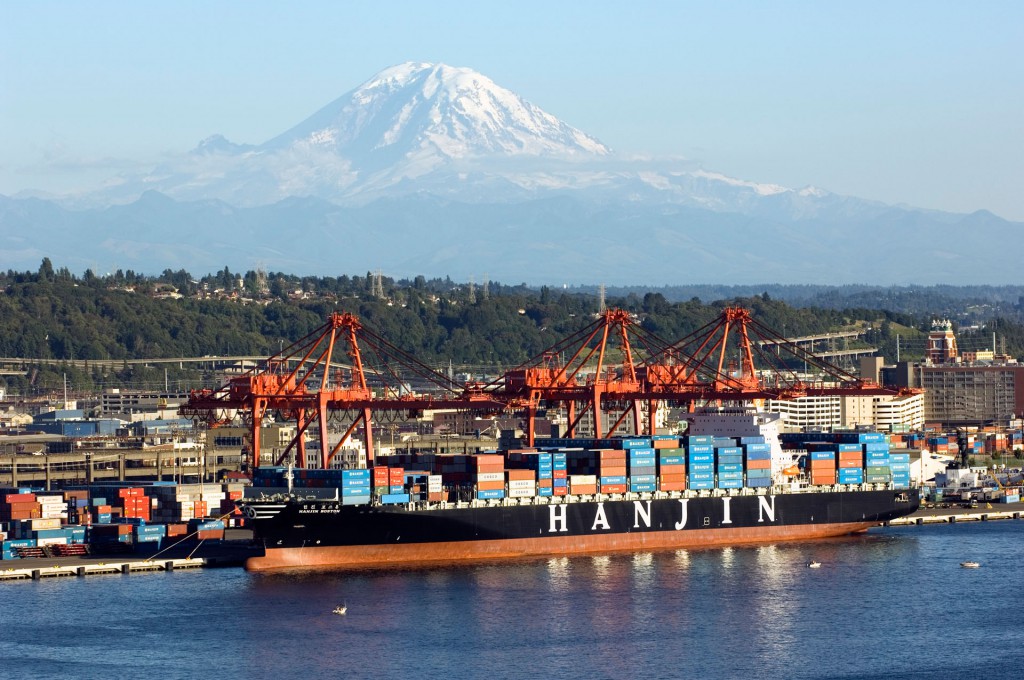 KOREA's Hanjin Shipping Co has announced that it is ending direct calls at Portland, Oregon, because of the lack of productivity from the recalcitrant dockers union for more than two years.

Trouble started as a jurisdictional dispute involving the equivalent of two jobs plugging and unplugging reefer boxes, then brewed up into complex and unresolved litigation.

"Hanjin Shipping has decided to pull out of the Port of Portland effective from March 9," the company said. "However, we will continue to provide services to/from Portland, Oregon, and nearby regions via rail and truck transportation to/from Seattle. We will still accept bookings to/from Portland destination and origin."

Longshoremen in Portland had resumed work on a Hanjin ship that had been idled for four days during the most recent of many labour disputes since 2012, but a newly arrived vessel was not worked.

The plight of the 4,172 TEU Hanjin Copenhagen, at the centres of the latest dispute, began on February 6 when the International Longshore and Warehouse Union (ILWU) local notified Portland's only terminal operator Manila's International Container Services Inc (ICTSI) that it would not dispatch workers from 7am to 7pm.

Portland has not been running night shifts recently, and the port was closed all weekend. ICTSI placed another work order with the dispatch hall, but the union did not dispatch any workers.

ICTSI placed an order for three work crews for the Hanjin vessel, but the ILWU dispatched only two gangs. ICTSI requested one work crew for the Westwood Rainier, but got none, the company said.

The ILWU and ICTSI have been in dispute since 2012 over which union was in charge of plugging and unplugging the reefer boxes which involved two jobs.