The USS Vella Gulf passed through the Turkish Straits on 14 July and entered to the Aegean. 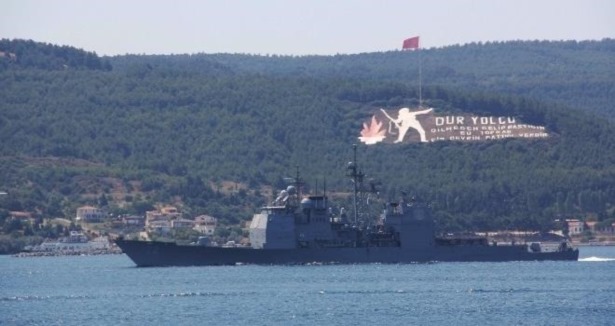 The USS Vella Gulf passed through the Turkish Straits on 14 July and entered to the Aegean.

A multinational, Bulgarian-led maritime exercise, Breeze consisted of a wide variety of drills across the full spectrum of operations, including air defense, surface warfare, and anti-submarine warfare as well as navigation of a simulated mine swept channel and naval gunnery exercises.

"Exercise Breeze was an outstanding opportunity for Vella Gulf to collaborate with our NATO allies on a broad range of training exercises across all warfare areas," said Vella Gulf's Commanding Officer Capt. Robert Katz. "These interactions allow us the opportunity to work closely with our allies to enhance our interoperability and teamwork."

Vella Gulf, homeported in Norfolk, Virginia, is conducting naval operations with partners and allies in the U.S. 6th Fleet area of operations in order to advance security and stability in Europe.

U.S. 6th Fleet, headquartered in Naples, Italy, conducts the full spectrum of joint and naval operations, often in concert with allied, joint, and interagency partners, in order to advance U.S. national interests and security and stability in Europe and Africa.