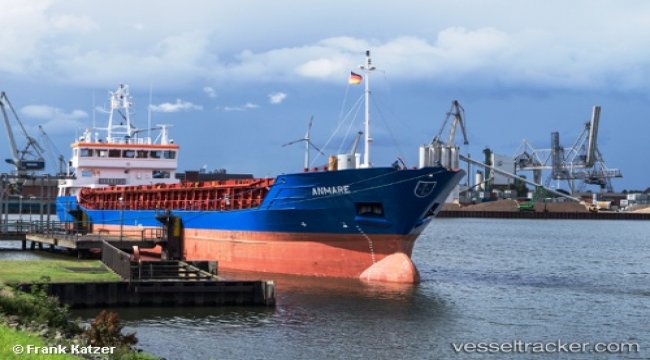 On Feb 1, 2018, at 10 a.m. the 'Anmare', enroute from Santander towards Kolding Harbor, ran aground in the Kolding Fjord with a cargo of sodium sulfate and a crew of seven on board. There was no leak and no oil spill, but the ship was hard aground about 400 meters from the shore between Drejens and Agtrup, west of Skærbæk. One of the Danish navy's four environmental ships, the 'Gunnar Seidenfaden' which was already practicing in the Lillebælt was sent towards the grounding site in the afternoon. It was estimated that a tug would be needed to refloat the ship. The 'Anmare' was banned from sailing until investigations have been carried out.