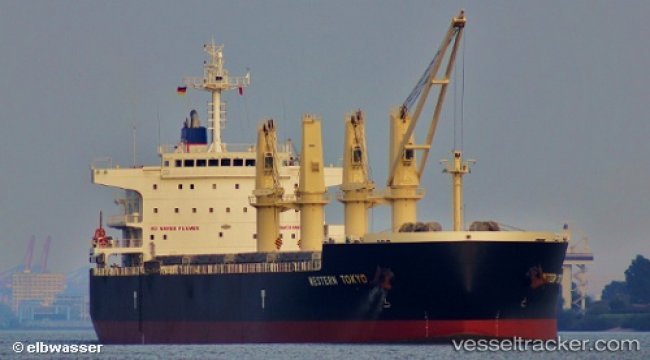 The container ship 'Aeneas' ran aground in the Suez Canal on July 15, 2018, at 6.30 p.m. when the ship was transiting the canal in a southbound convoy. She was refloated in short time and towed to the southern Suez anchorage. The ship was en route from Southampton to Singapore. As a cause of the grounding, the following 'Panamax Alexander', 'Sakizaya Kalon' and 'Osios David' ran into each other. They were in a convoy heading southbound through the canal. he 'Aeneas' was the 20th ship out of 27 in the convoy. The following ships avoided striking the 'Aeneas', but instead hit each other. The accident led to the southern part of the channel being closed for several hours. The 'Osios David' was subsequently able to sail to Suez, where she was now anchored, while the 'Panamax Alexander' and the 'Sakizaya Kalon' were towed to the Great Bitter Lake, where they both were anchored. While the 'Panamax Alexander' was being pulled to the Great Bitter Lake, it collided once again, this time with the container ship 'NYK Orpheus'.