Greek shipping embarked on a multi-billion dollar Christmas / New Year splurge. Though we are only a couple of weeks into the year, Greek shipowners have already confirmed financial dealings topping $6bn. 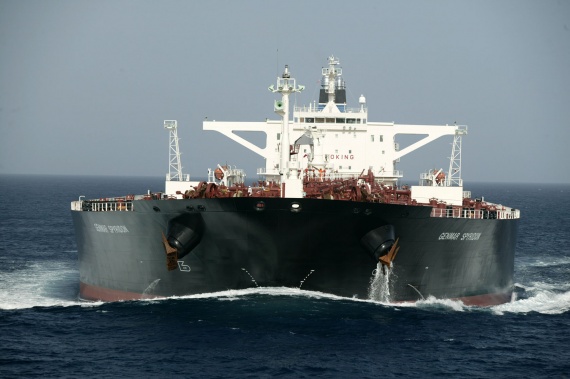 Greek shipping embarked on a multi-billion dollar Christmas / New Year splurge. Though we are only a couple of weeks into the year, Greek shipowners have already confirmed financial dealings topping $6bn.

Since the beginning of the holiday break it has already come to light over a score of owners have reached agreements to raise funds in the equity markets and through traditional ship financing, as well as invest in new and secondhand tonnage. The total amount involved… over $5.88bn.

The biggest slice of the investment involves the Peter Georgiopoulos-chaired General Maritime (Genmar), the Costis Constantakopoulos-led Costamare and Peter Livanos-led GasLog. The three have committed some $2.79bn.

Since the new year it has been revealed some $2.14bn has been raised through a mixture of equity and traditional and not so traditional bank financing, while it has come to light just on $1.1bn has been spent on financing the purchase of 31 ships in the secondhand market.

The biggest deal sees the restructured Genmar set up the $1.4bn takeover of Navig8’s 14-strong VLCC newbuilding programme. The Oaktree Capital-backed Genmar describes the deal as a merger, and if cemented will be Genmar’s second VLCC fleet raid in less than a year under an ongoing consolidation process.

Genmar expects to close the Navig8 business early this year. It will see Oaktree, the major shareholder in Genmar, owning 28 VLCCs, including 21 newbuilds. In March 2014 Genmar acquired seven newbuilds from Scorpio Tankers in a $735m move.

After some months of speculation Costamare emerged as the winner of bidding to build 20,500teu container ships for long-term charter to Japan’s Mitsui OSK Lines. The Athens-based NYSE-listed Costamare is set to turn to South Korea’s Samsung Heavy Industries to place an order for four firm plus two options of the the largest container ships ever, a deal that will run to $930m if options are exercised. MOL is said to be looking at 10 to 15 years charters when the ships are delivered in 2016.

As 2015 dawned NYSE-quoted GasLog confirmed it has entered into an agreement with BG Group affiliate Methane Services to acquire two modern tri-fuel diesel electric LNG carriers for $460m, the pair to be chartered back to BG for nine and 11 years with further options by the charterer to extend the term of the t/c for each vessel by either three or five years.

Dorian LPG has finalised a $500m loan with Korea’s government-controlled export credit agencies, Kexim and Korea Trade Insurance (K-sure) to fund orders at South Korean yards. Another $250m has been tied up in a commercial facility.

To be in place this quarter, the $500m South Korean deal sees Kexim providing a direct loan of $205m and guarantees of $195m while K-sure has signed up for $100m in trade insurance. Banks ABN Amro, ING, DVB, Citi and Commonwealth Bank of Australia have provided a $250m commercial debt facility.

Ocean Rig, the Nasdaq-listed offshore driller, has received firm commitments from lenders for a $475m syndicated secured term loan to partially finance the construction costs of the soon to be delivered drillship, Ocean Rig Apollo. This financing is led by DNB and the lending syndicate consists of DVB Bank and potentially other commercial lenders as well as the Kexim.