GREEK dockers began a two-day strike to protest against the sale of the country's two biggest ports, Reuters reports. 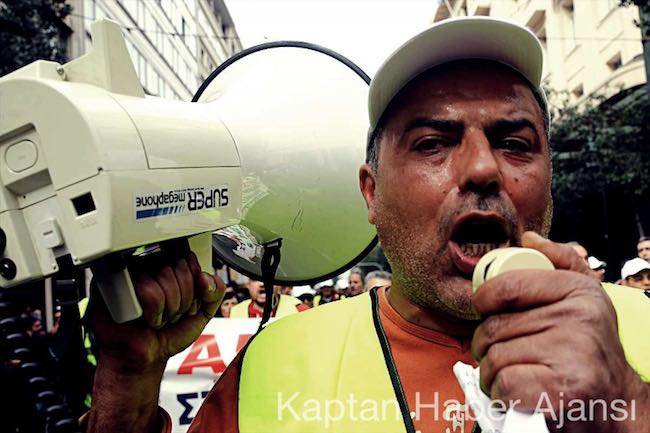 GREEK dockers began a two-day strike to protest against the sale of the country's two biggest ports, Reuters reports.
Dockers are protesting privatisation upon which international lenders insist as a condition of the indebted country's financial bailout.
Thus far, Greece has only generated EUR3 billion (US$3.4 billion) of the EUR50 billion total owed in the initial stage of the pay back in the face of resistance from politicians and unions as well as bureaucratic snags.
The plans to sell the ports, stalled when a leftist government took power early last year, was reactivated after Athens signed up to a third bailout of up to EUR86 billion last summer.
Last month Greece named Cosco as the highest bidder for a 67 per cent stake in its biggest port, Piraeus.
About 500 men picketed the entrance of Piraeus port's sole cargo pier in Athens to protest against the plan.
Athens is also leasing 67 per cent in Thessaloniki Port Authority, which operates the country's second largest port in the north of the country.
Eight groups, including Maersk's APM Terminals, Philippines-based ICTSI, Tokyo-based Mitsui & Co and UK-based P&O Steam Navigation Company (DP World), had been short-listed for the port in 2014.