Greek bulker Eleni P. said to have been freed by Somali pirates

17 October 2010 - 09:03
MV ELENI P was seized in the morning of May 12, 2010. The Greek-owned, Liberia-flagged 72,100 dwt bulker was sea-jacked around 380 nm south-east of Salalah (Oman) in position 15.55N  060.50E. The 23 crew comprises of 19 Filipinos, 2 Greek and one Ukrainian sailor, who are said to be unharmed. Reports say that  the vessel - then sailing under another name as SEAHORSE - had been attacked already once before on April 09, 2009. The vessel was held near Garacad at the north-eastern Somali Indian Ocean coast. It has been reported now that a ship delivered the ransom and the pirates went out of the ship. Official confirmation of the release is awaited.
Ecoterra Intl. 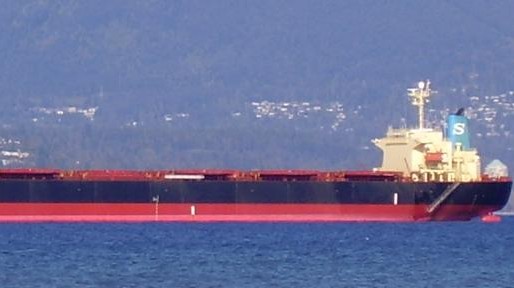 Highjack news:
The Liberien flagged, Greek owned, Eleni P was reported to have been hijacked 250 nautical miles off the coast of Oman on the morning of 12 May. The bulk carrier of 72,119 deadweight and crew of 26 (23 Filipinos, 2 Romanian and 1 Indian) was on route to Kandla in India when taken by pirates. The crew are reported to be safe and EU NAVFOR is monitoring. Eleni P. IMO 9128025 Flag Liberia build 1997 DWT 72119 Manager Eurobulk Ltd.
This news 67770 hits received.