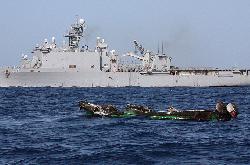 Somali pirates have seized a South Korean fishing boat off the coast of Kenya with 43 people on board, South Korean officials said.

The crab fishing vessel was carrying two South Koreans, two Chinese and 39 Kenyans when it was hijacked on October 9 near the Kenyan island of Lamu in the Indian Ocean, the South Korean foreign ministry said in a statement on Sunday. 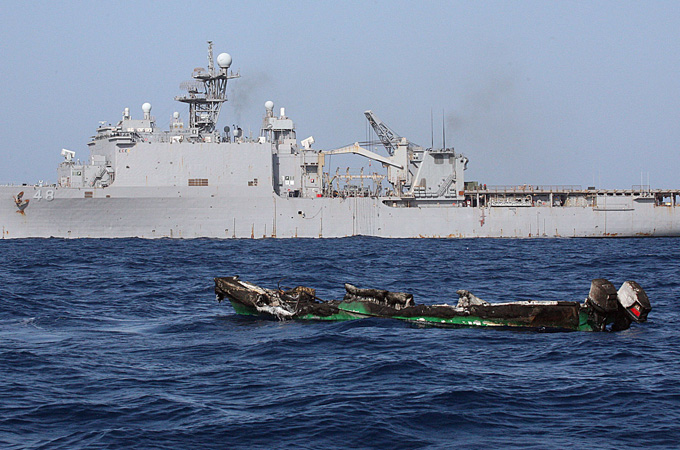 "We are investigating the exact circumstances surrounding the incident by setting up an emergency team at our embassy in Kenya," it said.

It did not specify the whereabouts of the 241-ton vessel, named the Keummi 305, and its crew.

However, a South Korean citizen living in Mombasa, Kenya, told the South Korean news agency Yonhap that the pirates took the boat to Harardhere, north of Mogadishu, the Somali capital.

There was no immediate report of a ransom demand.

"Given past instances, it would put the hostages in even more danger if the government tried to negotiate directly with the pirates," a ministry official said. "We're trying to find out more about the incident using all possible channels."

In April, pirates seized a South Korean oil tanker with 24 crew members off the coast of Somalia and it has been held since then.

The 300,000-ton South Korean-operated, Singapore-owned Samho Dream, was on its way from Iraq to the US state of Louisiana with a crew of five South Koreans and 19 Filipinos.

In all, Somali pirates were thought to be responsible for 217 acts of piracy in 2009, in which 47 vessels were hijacked and 867 crew members taken hostage.
This news 14073 hits received.

Greek bulker Eleni P. said to have been freed by Somali pirates