Greece to carry out changes to shipping regulations after tanker spill

GREECE's Prime Minister Alexis Tsipras and Shipping and Island Policy Minister, Panagiotis Kouroumplis, have vowed to shake-up the Hellenic Coast Guard, the awarding of ship seaworthiness certificates, and to review ship age limits, in the wake of the recent relatively small oil spill off Athens.

The oil spill had heavily fouled beaches along Athens' so-called Riviera, leading to their closure. The reaction to the oil spill indicates that the ramifications of the sinking of the loaded 45-year-old, 3,200 dwt Greek-flagged tanker Agia Zoni II are just starting, reported Seatrade Maritime News of Colchester, UK.

The tanker went down as it was at anchor off Salamis island, west of Athens. A still unknown quantity of the 2,800 tonnes of fuel onboard escaped from the wreckage and was carried by the currents.

The Prime Minister said he was ordering the transfer of the authority to grant seaworthiness certificates from the Shipping Ministry to ship classification societies and signalled the further downgrading of the Piraeus-based Ministry by saying the Hellenic Coast Guard and ship inspectorate service would be moved from its traditional home to that of the Interior Affairs Ministry.

Mr Kouroumplis had already intimated the upper age limit of ships flying the Greek flag and ships based in Greek waters will be reviewed.

Mr Tsipras' office in an e-mail said: "Responsibility to audit and inspect ships with regards to issuing certificates of seaworthiness is immediately transferred from the inspection department of merchant marine vessels to classification societies." 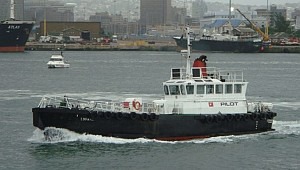 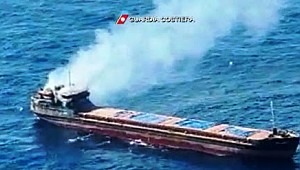 Turkish-owned ship rescued 12 seafarers from their ship on fire, M/V Bellatrix, in Mediterranean 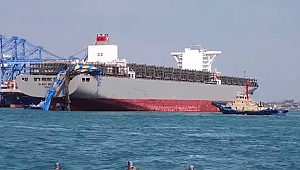 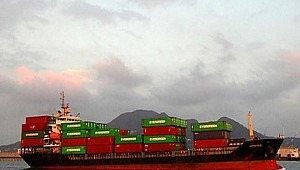 Pilot boat sunk after having collided with container vessel M/V Godspeed
Related News
Most Read News
Recent Comments
'The beautiful one' is the latest 15,000 TEU vessel to join Hapag-Lloyd fleet