Germany: Ports and Industry Call for Reconstruction of Kiel Canal

In the course of a press panel discussion in Hamburg hosted by Port of Hamburg Marketing, port and business representatives from centres along the Kiel Canal and the Hamburg Port Authority jointly called for the reconstruction without delay 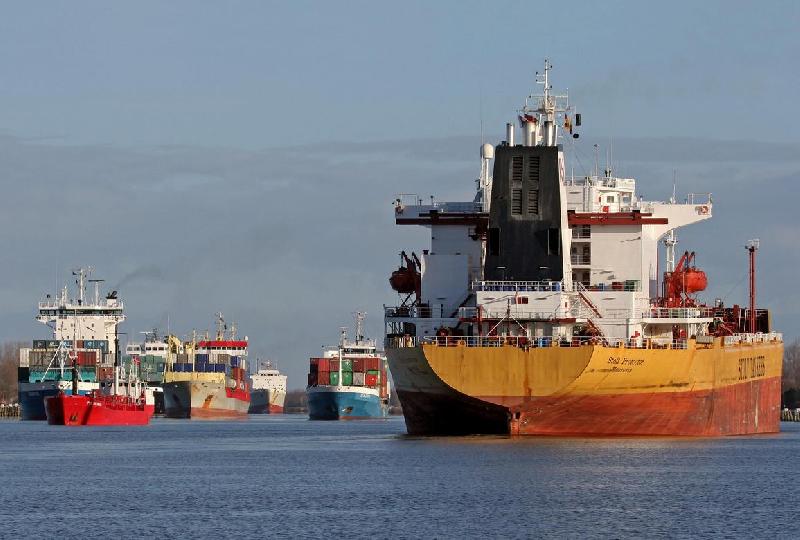 In the course of a press panel discussion in Hamburg hosted by Port of Hamburg Marketing, port and business representatives from centres along the Kiel Canal and the Hamburg Port Authority jointly called for the reconstruction without delay of the fifth lock chamber and the renovation of the two existing large lock chambers at Brunsbüttel.

In the medium term, business in the port and industry regard the straightening out of the Eastern stretch of the canal and its deepening by one metre as indispensable measures.

Chaired by Port of Hamburg Marketing CEO Axel Mattern, the panel was concerned with the demands on an effective and reliable canal infrastructure, and the economic consequences of its restricted use and accessibility. Jens Broder Knudsen, Chairman of Kiel Canal Initiative, Jens Meier, Chairman of the Executive Board of Hamburg Port Authority, Frank Schnabel, Chairman of the Federation of Schleswig-Holstein Ports, and Rainer Keiemburg, Managing Director of TOTAL Bitumen Deutschland, participated. For Jens Broder Knudsen, it is clear that for handling their growing flows of goods, not just ports on the canal, but others in Northern Germany and our neighbouring countries, depend on having a functioning Kiel Canal that is navigable free of obstacles. Knudsen pointed out that with the assent of all 16 federal states of Germany, the Bodewig Commission had worked out some innovative possibilities for financing infrastructure. By way of special funding and pilot projects, with a broad political consensus a basis had been secured for long-term refinancing of infrastructure funding as a matter of priority. In Knudsen’s view, this will radically simplify the implementation of future infrastructure measures. “The present debate about a ‘Car toll on foreigners’ should not be allowed to further prevent the politically desired topping up of additional funds in the budget. The Kiel Canal is the lifeline that connects German ports on the North Sea with the Baltic. The funding from the special fund to be created for the essential and overdue upgrading works on the Kiel Canal should serve to secure this advantage in routing vis-à-vis the competing ports in the Netherlands and Belgium,” declared Knudsen.

Despite several gaps and restrictions in operation of the canal, in the first half of 2013 a total of 15,940 vessels transited the Kiel Canal, transporting 48.8 million tons of cargo. For Frank Schnabel, the accessibility of the ports lying directly on the Kiel Canal in Brunsbüttel, Hochdonn, Hohenhörn, Kreishafen Rendsburg plus Rendsburg Port, the recently built heavy cargo port, Kiel’s Nordhafen and the Kiel-Holtenau inland waterway port, must be guaranteed in the long term. “If the reliability of the canal, actually the most heavily used canal in the world, cannot be guaranteed due to infrastructural deficiencies, then that will rapidly lead to a switching of transport flows. That will then affect innumerable jobs directly or indirectly attributable to the canal and the sea trades using it,” declared Frank Schnabel, for whom the Kiel Canal is more than just a transit waterway. “The Kiel Canal is just as much a lifeline for industrial firms and businesses along the canal. Hamburg and Schleswig-Holstein are so tightly networked that negative consequences for Hamburg’s port also hit Schleswig-Holstein and its maritime economy directly. We must at all costs prevent the catastrophe of a long-term closure of the Kiel Canal, since otherwise the national economy will suffer grave damage,” warned Schnabel.

Rainer Keiemburg drew attention to the uninterrupted supply and transports of products for industry based on the canal and in the region: “For production facilities such as TOTAL Bitumen, Bayer or the Heide Refinery, any restrictions on operations or closures of the canal entail losses running into millions. Delays or cessations of production cause extra costs and enormous expense for such firms. And these can also very rapidly lead to supply bottlenecks for our customers,” as Keiemburg made clear. For a company like TOTAL Bitumen Deutschland, which can point to a century of success and with its products is also closely linked to infrastructural development, in Keiemburg’s view a functioning Kiel Canal is also a decisive factor in determining whether Brunsbüttel’s development as an industrial base reaches a dead-end or remains on a growth course.

After the replacement investments in the locks and the Levensauer elevated bridge, in the view of the Kiel Canal Initiative the growing sizes and drafts of ships require adjustment of the Eastern stretch of the canal very soon. “This would allow greater feasible draft and hence higher transport capacity. Along with the adaptation and optimization of the canal bends on the Eastern stretch, a deepening by one additional metre to a total of 12 metres is also vital. These measures would shorten passage times for shipping, eliminating waiting times. It is also of crucial importance that the canal control centres should be adequately staffed with engineers and technicians. Without additional staff, the essential complete upgrading of the Kiel Canal will not be assured,” stressedKnudsen.

For Jens Meier, the Kiel Canal represents a crucial geographical advantage for the Port of Hamburg and other German ports on North Sea. From Hamburg to Gdansk, for example the route advantage using the Kiel Canal is 437 nautical miles, compared to the route around Denmark that via Skagen totals 874 nautical miles. “With more than 130 feedership departures per week, around 2 million TEU per year are transported by feeder through the canal in an ecologically friendly manner between Hamburg and the Baltic region. The economic significance of the Kiel Canal therefore extends far beyond North Germany. The upgrading, enlargement and regular maintenance of the Kiel Canal is an urgent necessity,” Jens Meier also emphasized.

Port of Hamburg Marketing CEO Axel Mattern wound up the panel discussion by commenting that as the shortest, fastest and most environmentally friendly sea link with the Baltic region, the Kiel Canal is of immense importance for the wider Hamburg metropolitan region. “In combination with the Elbe and the Port of Hamburg, the Kiel Canal is a traffic system. The preservation and upgrading of the canal as part of Germany’s transport infrastructure is a national obligation and utterly essential for the preservation of the competitiveness of our economy and our ports. After the neglect of infrastructure over recent decades, we expect absolutely clear signals from the incoming new federal government indicating an assured future for the Kiel Canal and the related trade industry and ports,” said Mattern.

Facts on the Kiel Canal