German Shipowners Turn to Mercenaries to Protect against Pirates

Now shipowners are demanding that the German military protect their ships. Some have already resorted to hiring armed guards. 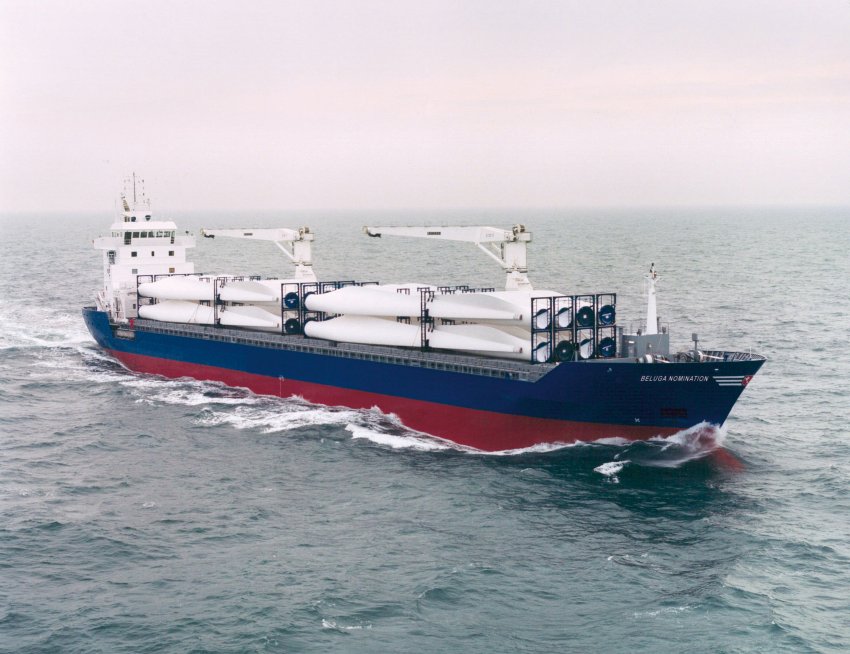 The Beluga Nomination was captured by pirates on Jan. 22. Shipowners are now demanding that the German military protect their ships.

German Shipowners Turn to Mercenaries to Protect against Pirates

Seychelles Coast GuardAn attempt to rescue the pirated German freighter Beluga Nomination off the coast of Somalia ended in tragedy, with at least one crew member dead. Now shipowners are demanding that the German military protect their ships. Some have already resorted to hiring armed guards.

When he received the distress call on the afternoon of Saturday, Jan. 22, the officer on duty at the UK Maritime Trade Operations (UKMTO) office in Dubai could hear immediately that someone was firing live ammunition. The ship, apparently in serious trouble, identified itself as the Beluga Nomination, a German freighter. When the pirates attacked, the Beluga Nomination was located in the middle of the Indian Ocean, more than 700 kilometers (435 miles) north of the Seychelles.

The ship's 12-man crew, which included Russians, Ukrainians and Filipinos, had barricaded itself into the safe room below deck, which was secured with heavy steel bulkheads and locked from the inside. From there, the Polish captain continued to steer the Beluga Nomination as if it were a ghost ship, while the pirates controlled the deck. The hidden crew occasionally stopped the ship, but for the most part it maintained a southerly course toward the Seychelles, in the hope that one of the many warships in the region would soon come to its aid.

But no one came, not on the Saturday and not on the Sunday either. The NATO and European Union ships in the area were either busy elsewhere, were in the process of refueling or were simply too far away. Finally, on Monday, Jan. 24, and then again on the Tuesday, an aircraft began circling over the freighter. An armed patrol boat with the Seychelles coast guard had also set its course for the hijacked ship.

A battle was about to begin. It would be a sea battle, complete with casualties and a desperate escape attempt. But it would not be the only drama unfolding on board a German ship last week.

Last Friday, a few days after the Beluga Nomination hijacking, Somali pirates attacked the New York Star, owned by CST, a Hamburg-based shipping company. A Russian warship took up the chase. The crew of the tanker, which included four unarmed British security guards, fled into the ship's safe room. The Dutch warship HNLMS De Ruyter, which is part of NATO's counter-piracy operation in the region, managed to free the crew on Saturday.

German ship owners control 3,500 ships, the world's third-largest commercial fleet. It's no surprise that pirates often hijack German ships, even though most of these freighters and tankers fly the colorful flags of low-cost countries like Liberia or Antigua and Barbuda.

The situation is escalating in the Indian Ocean, where pirates are in control of about 40 ships, more than ever before, with about 800 seamen on board. They have already collected some $100 million (€74 million) in ransom money to date.

This comes despite the fact that frigates or destroyers from about 30 countries are patrolling the waters off Somalia, as part of NATO's "Operation Ocean Shield" and the European Union's "Operation Atalanta." But the Indian Ocean is too large to control, even for major powers, and the missions have been relatively ineffective.

An analysis by the United Nations Security Council concluded that the main effect of the international efforts against the pirates is that they have shifted their operations away from the Gulf of Aden and into the Indian Ocean, to hunting grounds farther and farther away from the Somali coast.

The pirates are now using large, hijacked freighters as mother ships, like the 90-meter (295-foot) natural gas tanker York, which is under the command of a German captain. The various military forces deployed in the region can do little about the mother ships, because there is always the possibility that their crews are being kept on board as hostages. "We observe more and more Somalis joining the pirates," a NATO document warned a few weeks ago. "Pirates keep ships in captivity for longer periods, forcing owners to pay higher ransoms, ultimately attracting more young Somalis to become pirates."

The two sides are also resorting to more brutal methods. In most cases, the pirates have done no harm to their prisoners, but it now appears that the crew of the German ship Marida Marguerite were severely tortured for almost eight months off the coast of Somalia. The naval commandants of some nations are taking an even tougher stance. About a week ago, South Korean special-forces units shot their way onto the bridge of a hijacked ship, killing eight pirates and capturing five others.

On Tuesday of last week, the first showdown loomed on the Beluga Nomination. When the crew of a reconnaissance airplane from the Seychelles that was observing the ship contacted the captain in his safe room via shortwave radio, he said that his crew was safe but that four pirates had been spotted on board.

A short time later, however, the pirates managed to cut open the deck of the freighter with a blowtorch. They penetrated into the safe room, known as the citadel, from above. The crew was defenseless, and soon the pirates were in control of the ship.

The patrol ship from the Seychelles reached the Nomination on Wednesday, and a Danish frigate was also in the area.

According to German government security experts, it was apparently the men from the Seychelles who eventually opened fire on the Nomination. They shot off the antennas on the bridge and killed one or possibly two of the pirates.

Chaos erupted on deck, and two crew members apparently died in a hail of bullets. Nevertheless, seven others were able to escape into one of the ship's lifeboats, a small, completely enclosed craft mounted on the stern of the 132-meter ship. They then activated the freefall lifeboat and catapulted it into the sea. Now it appeared that only the surviving pirates, the captain and two sailors were still on board.

Sources in Berlin say that the crew of the patrol boat tried to obtain permission to board the Nomination from Beluga Shipping, the Bremen-based shipping company that owns the vessel. But apparently nothing came of it. The entire attack, Berlin security experts say, went badly.

The ship was now headed for the coast of Somalia, but on Thursday the engines were shut down, and for hours the Nomination drifted aimlessly at sea. Insiders suspect that the pirates emptied out the day tank from which a ship's large diesel engines normally derive their fuel. It is possible that the pirates did not know how to refill the day tank from the ship's main tanks. They sent out a call for help.

According to information from insiders, their cronies heeded the call and traveled to the Nomination on board the pirates' new mother ship, the York. The York, a massive red ship which the pirates hijacked three months ago, is now the latest threat in the Indian Ocean.

Such mother ships give the gangs an enormous range. According to NATO warnings, for example, the Panamanian-flagged tanker Hannibal II is also sailing in the Indian Ocean under pirate command, as are the Panamanian ship Polar, the South Korean ship Golden Wave and the Thai ship Thor Nexus. With the help of the tanker Motivator, which has since been released, the pirates hijacked the freighter Ems River, which is owned by a German shipping company, in late December.