Sailor dies in clash with pirates north of Seychelles

A German ship-owner has confirmed the death of a sailor during a failed bid to free a cargo ship seized by Somali pirates off the Seychelles last week.

Sailor dies in clash with pirates north of Seychelles 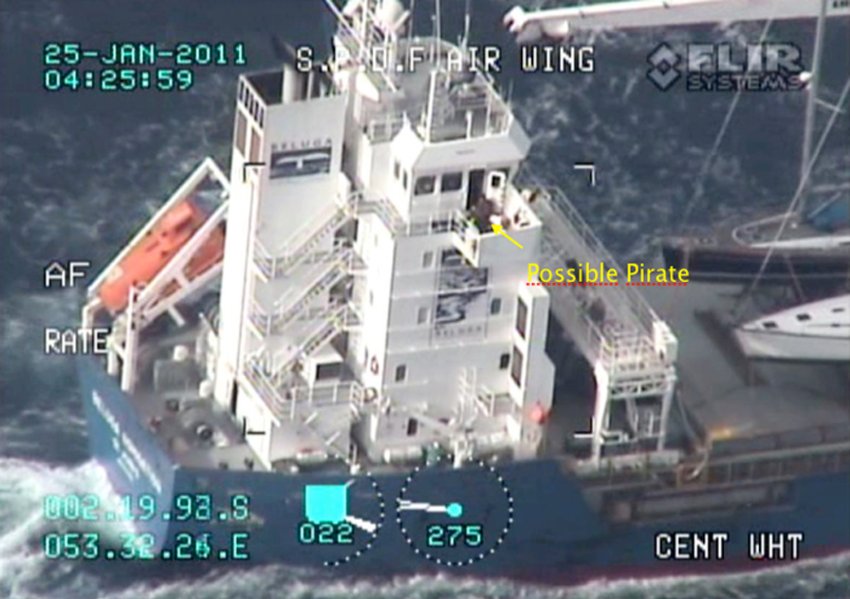 A German ship-owner has confirmed the death of a sailor during a failed bid to free a cargo ship seized by Somali pirates off the Seychelles last week.

A Seychelles patrol ship opened fire while trying to free the Beluga Nomination on Wednesday, the head of Bremen-based Beluga told German media.

One pirate was killed and the others shot dead a crewman in retaliation, Niels Stolberg said.

Mr Stolberg described the response to the hijacking as a "disaster".

Somali pirates have made millions of dollars in recent years by capturing cargo vessels in the shipping lanes around the Horn of Africa, and are currently reported to be holding 29 ships, along with hundreds of crew members.

It is unusual for pirates to shoot a captive and navies patrolling the region to protect shipping are reluctant to use force because of the risk to captured crews.

The cargo ship, which is 9,775 dead weight tonnes, was captured last Monday by armed pirates using a skiff, 390 nautical miles (722km) north of the Seychelles.

A Seychelles patrol boat appears to have reached the hijacked vessel first, with a Danish warship from Nato's counter-piracy force only arriving after the fatal clash.

In the ensuing confusion, reports suggest the crew tried to overwhelm their captors, and two crew members managed to escape.

"The pirates shot dead one of our men, probably in a fit of anger," Mr Stolberg said.

Nato spokeswoman Lt Cdr Jacqui Sherriff told the BBC News website that when the Danish ship, the Esbern Snare, reached the scene, the master of the Beluga Nomination urged it to keep its distance because of the earlier clash.

"We did not want to inflame the situation so we backed off," Cdr Sherriff said.

Nato, she added, could not comment on the actions of the Seychelles patrol boat.

The Seychelles authorities are expected to make a statement on the incident later this week.

Two members of the Beluga Nomination's 12-strong crew - made up of Poles, Filipinos, Russians and Ukrainians - managed to escape in a life boat and were picked up two days later by the Danish ship.

The German ship owner described attempts to rescue them as a "disaster".

"The crew spent two and a half days in a reinforced room but nobody came to help them," he said.

"The international community has failed. An absolutely uncoordinated intervention like that is totally incomprehensible."

Mr Stolberg added that the cargo ship's navigational equipment had been damaged in the shooting and the pirates had called out another captured ship, the York, to assist it in reaching the Somali coast.

Pointing out that the pirates had been exhausted and disorientated after the shooting, he criticised both the Nato force and Navfor, the EU's counter-piracy force, for failing to intervene.

Wing Commander Paddy O'Kennedy, spokesman for Navfor, confirmed for the BBC News website that the York had drawn alongside the Beluga Nomination, and the two ships were proceeding north towards Somalia together.

But he stressed that both vessels had been hijacked and any attempt to intervene would put the lives of the captive crews at risk.