Fourteen ships at anchor at LA-Long Beach, 2 boxships less than day before 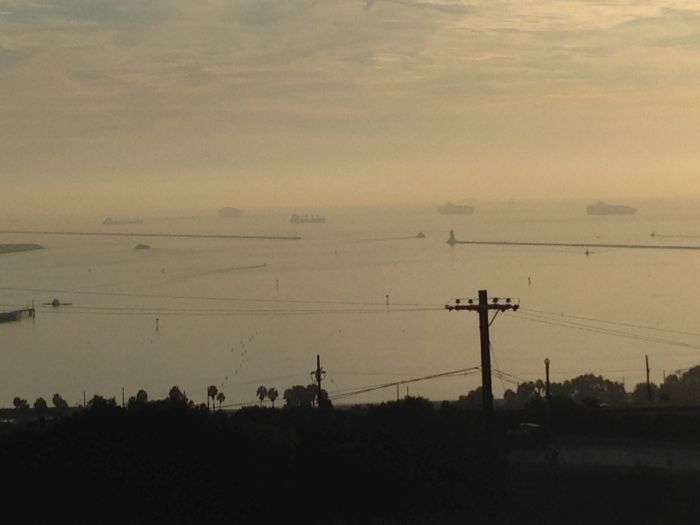 THERE were 14 ships riding at anchor waiting to berth at Los Angeles or Long Beach ports because of harbour congestion brought on by a lack of available chassis to take cargo away, the increasing size of ships which discharge more cargo at one time than can be handled as well as labour trouble with dockers and truckers - all combined with the usual rush that accompanies the annual peak Christmas shipping season.

Compared with last week, the number of ships has not changed, but this week fewer containerships were at anchor, reports the American Journal of Transportation.

Premier: Drone delivers package to vessel in the port of Rotterdam for the first time
Related News
Most Read News
Recent Comments
US west coast congestion to worsen over Thanksgiving holiday weekend