Fire on tanker off Yenikapi, Istanbul

Fire on tanker off Yenikapi
On Mar 6, 2014, at 11.50 a.m. a fire broke out in the engine room of the "Yakamoz-5", a 1961 made, 53 meters long bunker which was anchored on Yenikapi roads near Istanbul in the Marmara sea.
The fast rescue boats "Kiyi Emniyeti 4" and "Kiyi Emniyeti 5" as well as the tugs "Kurtarma 6" and "Kurtarma 7" were dispatched to the ship and started fire fighting operations.
The crew of six was taken off, one of whom had suffered non life-threatening injuries. The ship had 240 tons of diesel fuel on board (cargo) as well as 145 tons other oil. 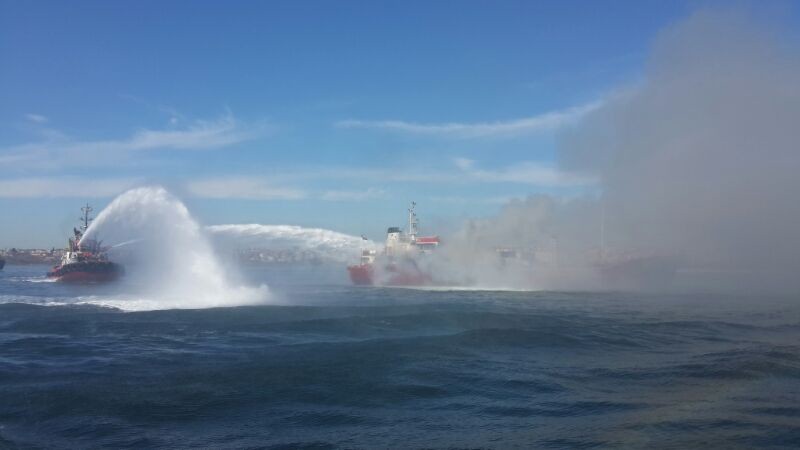