Ferry allided with yachts and pole

In the morning of Sep 27, 2018, the 'Red Eagle' ploughed through moorings in Cowes Harbour, cutting several Daring class yachts adrift into the Solent, and damaging a signpost 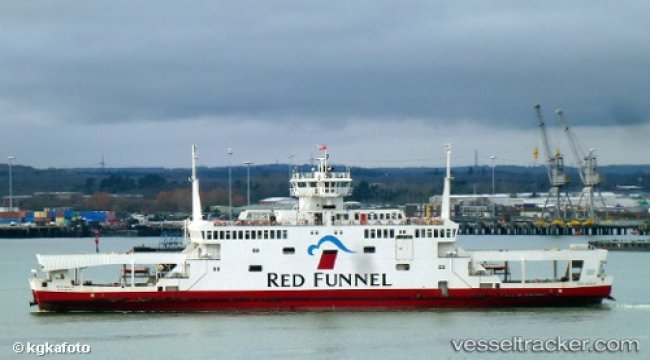 In the morning of Sep 27, 2018, the 'Red Eagle' ploughed through moorings in Cowes Harbour, cutting several Daring class yachts adrift into the Solent, and damaging a signpost. A 30-foot catamaran had been pushed from its mooring on to another Daring, which ended up hard against the catamaran’s stern. The catamaran was owned by the Vicar of St Mary’s Church, the Rev Andrew Poppe, who has been informed of the mishap. The Calshot Atlantic lifeboat and Cowes RNLI lifeboat launched a search for the vessels in fog - which reduced visability to less than 50 metres. Two boats were recovered just outside Cowes Harbour, one by a Cowes Harbour Launch and another by a lifeboat. The Cowes lifeboat spent two hours searching in thick fog for yachts that had been torn from their moorings by the outgoing ferry. Also left at an angle was the post indicating the small vessel channel. All the craft were towed into Shepards Marina.' The Cowes Harbour Commission confirmed that the 5.30 Red Funnel ferry was apparently responsible. An investigation into the cause is underway in partnership with the relevant authorities. Visibility at the time was reported to be extremely poor due to fog.

Indian Seafarer Stranded in China Attempts Suicide!
Related News
Most Read News
Recent Comments
Man jumped over board and was rescued within minutes