The French Destroyer MONTCALM joined the EUNAVFOR Task Force on the 22 December. 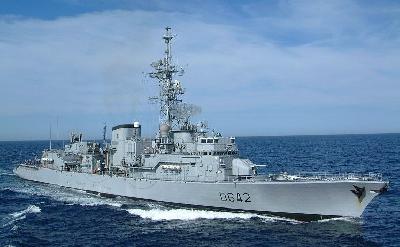 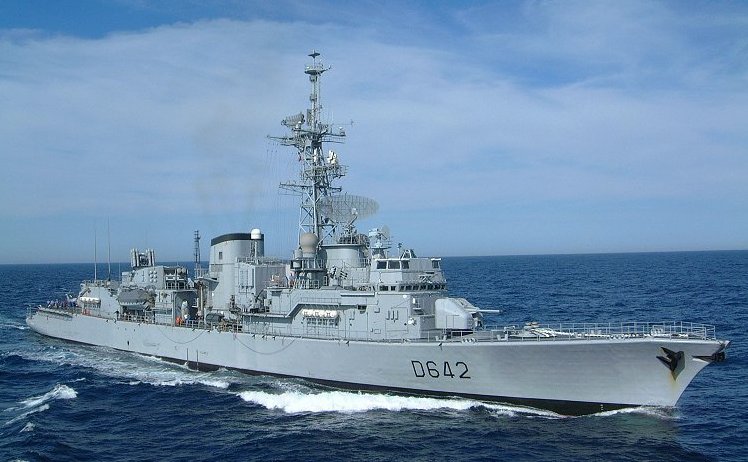 The French Destroyer MONTCALM joined the EUNAVFOR Task Force on the 22 December.

Commanded by Captain Guillaume Chove, the ship and its crew are fully prepared and trained to take an active part within EUNAVFOR. MONTCALM is equipped with extensive self defence capability and includes a helicopter. The warship has an advanced medical facility and has Arabic interpreters integrated within its crew.

As a flexible warship, MONTCALM is well adapted to counter-piracy missions and will improve the capability of EUNAVFOR to protect vulnerable vessels, especially those of the World Food Programme, to deter and prevent acts of piracy, and to contribute to monitoring fishing activities off the coast of Somalia.

D-642 MONTCALM holds 255 crew members, including 20 officers. She has been commissioned for service in the French Navy since 1982. The warship has a displacement of 3.800 tons and a length of 139 meters.
EUNAVFOR Somalia – Operation ATALANTA’s main tasks are to escort merchant vessels carrying humanitarian aid of the World Food Program (WFP) and vessels of African Union Mission in Somalia (AMISOM), and to protect vulnerable vessels in the Gulf of Aden and Indian Ocean, and to deter and disrupt piracy. EUNAVFOR also monitors fishing activity off the coast of Somalia.