Official opening ceremony of Ergli Shipyard will be held on Friday, June 2nd by the participation of Mr. Tayyip Erdo?an, Prime Minister of Turkey. Minister of Transportation Mr. Binali Y?ld?r?m and many officials and guests will participate to this event. 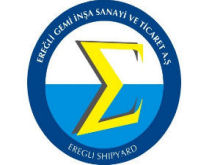 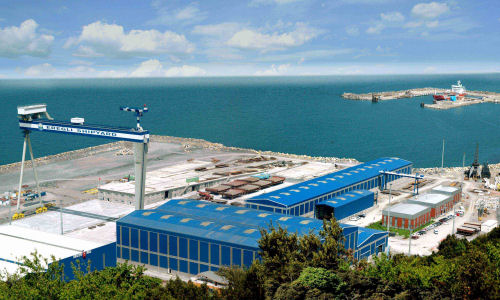 Official opening ceremony of Ergli Shipyard will be held on Friday, June 2nd by the participation of Mr. Tayyip Erdo?an, Prime Minister of Turkey.

Minister of Transportation Mr. Binali Y?ld?r?m and many officials and guests will participate to this event which will take place at 1330 hrs in  G?ll?k ?engelburnu position at Eregli, a a town in the western coast of Black-Sea.

Eregli shipyard is completed in about approximately 18 months from scratch. Taking into account that the shipyard area had to be reclaimed from the sea, the size of the challenge becomes more obvious.

The shipyard facilities consist of 17.000 sqm of covered high ceiling workshop areas with overhead cranes, 3200 sqm of Office, dining, social facilities and en-suite rooms in three fully climatised high tech buildings. The 2 slipways of 220m L x 38m W being the biggest ever built so far in Turkey is capable of accomodating handymax or even panamax size new buildings that are impossible in Tuzla shipyard zone.

The total area of the shipyard is 160.000 sqm , one of the biggest in Turkey yet the biggest in terms of slipway capacity. The steel processing capacity is 25.000 tonnes per year. The shipyard is self sufficient in many ways from having its shopblasting and priming facilities to all the way to finishing processes.

It is envisaged that with full capacity shipyard will employ 1200 people excluding subcontractors for outfitting and similar Works.

Eregli Shipyard is owned by Med Group which has vast experience in shipbuilding.

Med Marine was established in 1996. Since then growing steadily and now successfully operating all over the world in the field of towage, pilotage, salvage/ wreck removal, ship escort, chartering and ship-building areas with its over 300 experienced marine staff.

Med Marine is operating a fleet of tugs ranging from BHP 1920 to BHP 5500 all built at Turkish Shipyards by Med Marine, except M/Tug "Ocean Ergun".

Ten of the tugs are harbour tugs having approximately 30 tons bollard pull capacity, all being engaged in in-port towing operations at Izmit and Iskenderun Bays.

Med Marine is a member of European Tugowners Association since 1997 and a member of BIMCO since 2000.

In addition, Med Marine was awarded ISO 9001 certification in January 2004 by BVQI and received ISM certification from Bureau Veritas in July, 2002. The company�??s philosophy and target is to provide excellent and comprehensive service 365 days in a year and 24 hours in a day to all of its clients.

By using its own finance Med Marine purchased two shipyards at Eregli/Black Sea area in 2004 and started to build a shipyard in the same area with a much bigger capacity to be completed in two years of time.