Eight Foreign Ships Under Detention in UK Ports During January 2012 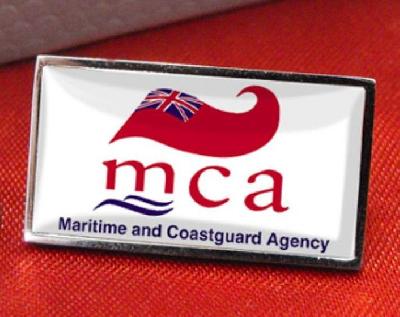 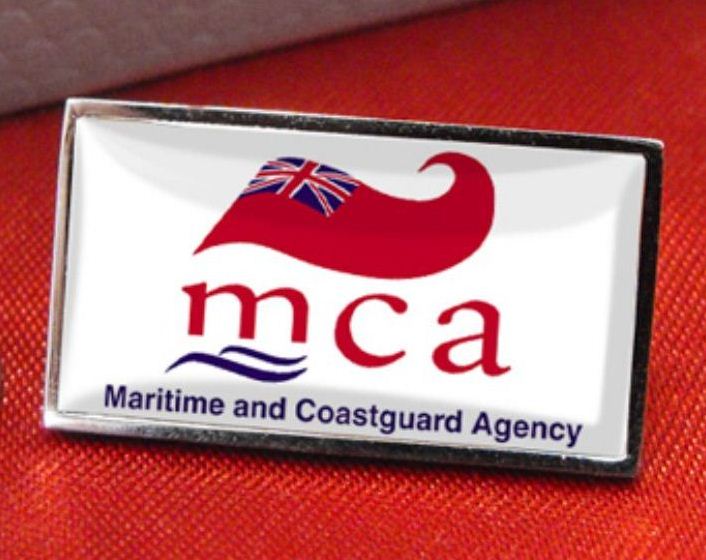 Latest monthly figures show that there were three new detentions of foreign flagged ships in UK ports during January 2012 and five vessels remained under detention from previous months. The overall rate of detentions compared with inspections carried out over the last twelve months was 2.32% this is slightly down from December’s twelve month rate.

1.In response to one of the recommendations of Lord Donaldson's Inquiry into the prevention of pollution from merchant shipping and in compliance with the EU Directive on Port State Control (95/21/EC as amended), the Maritime and Coastguard agency (MCA) publishes full details of the foreign flagged vessels detained in UK ports each month.

2. Inspections of foreign flagged ships in UK ports are undertaken by surveyors from the Maritime and Coastguard Agency. Where a ship is found to be deficient or lacks the required documentation, Maritime and Coastguard Agency surveyors can take a range of actions leading to detention in serious cases. The UK is part of a regional agreement on port state control known as the Paris Memorandum of Understanding on Port State Control (Paris MOU) and information on all ships that are inspected is held centrally in an electronic database known as Thetis. This allows the ships of flags with poor detention records to be targeted for future inspection.

4. When applicable the list includes those passenger craft prevented from operating under the provisions of the EU Directive on Mandatory Surveys for the safe operation of regular Ro-Ro ferry and high speed passenger craft services (1999/35/EU).

Notes on the list of detentions
• Full details of the ship.
• The accompanying detention list shows ship’s name, the flag state and the ship’s International Maritime Organization (IMO) number which is unchanging throughout the ship’s life and uniquely identifies it.
• Company.
• The company shown in the vessel’s Safety Management Certificate or the party otherwise believed to be responsible for the safety of the ship at the time of inspection.
• Classification Society.
• The list shows the Classification Society responsible for classing the ship and not necessarily the party issuing and/or carrying out surveys for certificates relevant to the defect found.
• Recognised Organisation.
• The "organisation” - responsible for conducting the statutory surveys: and issuing statutory certificates, (on behalf of the Flag State).
• Defects.

• The list gives a summary of the main grounds for detention and includes information where the ship has been released to sail to another port for repairs.
Vessels detained in January included:
A 4,959 GT oil tanker was detained in Portland with 19 deficiencies and four grounds for detention, the accommodation and the galley were in an unhygienic condition, there was a large quantity of oil in the engine room bilges and floor plates, and the vessel did not implement a Safety Management System (SMS). The vessel which has been detained three times since 2010 jumped this detention and left the port of Southampton without complying with the conditions determined by the MCA as the competent authority. The vessel has now been banned from any port and anchorage in the Paris MoU region.

Date & Place of detention: 13 January 2012 Portland
Vessel name: Global Star (Oil Tanker)
GT: 4,959
IMO No: 8800767
Flag: Mongolia
Company: Banseas Inc
Classification Society: Singlass
Recognised Organisation: Singlass
Recognised Organisation for ISM: Nippon Kaiji Kyokai (NKK)
Summary: 19 deficiencies four grounds for detention
The vessel was detained in Portland because there was a large quantity of oil in the engine room bilges, floor plates also the galley and the accommodation were in an unhygienic state, and in addition the vessel did not implement a safety management system (SMS). Other deficiencies identified included: the service period for the inflatable liferafts had expired; the engine room hatch from main deck port side was not properly secured; one quick closing valve serving the main engine had been disconnected and there were numerous engine floor plates loose and missing.
The vessel jumped detention and left port on 14th January 2012 without complying with the conditions determined by the MCA.

Date & Place of detention: 21 January 2012 Southampton
Vessel name: Burak N
GT: 1,829
IMO No; 8616582
Flag: Kiribati
Company: Sanmar Denizcilik VE Tasi Tic Ltd
Classification Society: Registro Italiano Navale (RINA)
Recognised Organisation: Registro Italiano Navale (RINA) /
Russian Maritime Register of Shipping (RMRS)
Recognised Organisation for ISM: Registro Italiano Navale (RINA) /
Russian Maritime Register of Shipping (RMRS
Summary: 14 deficiencies one ground for detention
The vessel was detained in Southampton for nine days because of the numerous deficiencies that were identified as ISM deficiencies which indicated a significant failure in the implementation of the requirements of the ISM code. Identified deficiencies included: the passage plan was not berth to berth; the stability had not been calculated correctly for preceding voyages; the port forward life raft was not rigged correctly for float free operation; the manropes for two lifebuoys were of incorrect diameter; the engine room alarm system was inoperative; the master’s hours of rest was incorrectly recorded and the crew mess window was broken.
The vessel was released on 29 January 2012

Date & Place of detention: - 25 January 2012-Falmouth
Vessel name: - Pegasus
GT: 17,630
IMO No: 9052733
Flag: - Kiribati
Company: Tristar Management Ltd.,
Classification Society: Bureau Veritas (BV)
Recognised Organisation: Bureau Veritas (BV)
Recognised Organisation for ISM: Bureau Veritas (BV)
Summary: 17 deficiencies four grounds for detention
The vessel was detained in Falmouth for 13 days because, the louvres for the engine room funnel and fire dampers had broken linkages and could not be closed properly; the fire drill showed lack of training and knowledge; the launching arrangements for the rescue boats was not as required and the deficiencies identified marked ISM are evidence of a serious failure or lack of effectiveness of the implementation of the ISM code. In addition there were many areas of the ship that were dirty with garbage, dirt and soot accumulations; the cold room had a corroded seal and there was meat stored uncovered; the engine room workshop structural fire protection was inadequate; there were oil drums containing oil above the emergency generator space which were a fire and pollution hazard and the engine room hatches closing appliances were not fully operable.
The vessel was still detained at 31 January 2012

DENTENTIONS CARRIED OVER FROM PREVIOUS MONTHS
Date & Place of detention: 1 November 2011 Marchwood Southampton
Vessel name: Wadestone (Cargo Barge)
GT: 274
IMO No: 7830545
Flag: Sierra Leone
Company: Britannia Shipping Ltd
Classification Society: Not Known
Summary: Nine deficiencies seven grounds for detention
The vessel was detained in Marchwood because the vessel had suffered serious hull damage resulting in the flooding of the forepeak tank space; the vessel had no valid certification on board from the flag state; there was no load certificate on board or approved stability book from the flag state. Other deficiencies were one crewman had no endorsement for equivalency on his certificate of competency; the master had no valid certification for the type of craft and the vessel had no passage plan.
The vessel was still detained at 31 January 2012

Date & Place of detention: 10 October 2011 Portland
Vessel name: Westwind II
GT: 3,539
IMO No: 8515635
Flag: Panama
Company: Reederei Karl-Heinz
Classification Society: Turku Lloyd (TL)
Summary: 16 deficiencies 16 grounds for detention
The vessel was detained in Portland because it did not have valid certificates on board; the main engine did not have guards around moving parts; some fire fighting equipment had corroded wires securing the fittings; lifeboat boarding ladder ropes were rotted and unsafe; identified deficiencies were objective evidence of a serious failure or lack of effectiveness of the implementation of the ISM Code.
The vessel was still detained at 31 January2012

Date and Place of detention: 8 November 2010 – Birkenhead
Vessel Name: MOST SKY General Cargo
GT: 1,972
IMO No:9389370
Flag: Panama
Company: ER Em Denizcilik
Classification Society: Russian Maritime Register of Shipping (RMRS)
Summary: 12 deficiencies four grounds for detention
The vessel was detained in Birkenhead because the engine room was very dirty, there were fuel oil leaks and a major non conformity was identified with respect to the lack of maintenance of the ship and equipment. Other deficiencies identified included: the crew/officers records of rest were not signed; the crew accommodation was no longer provided with steam heating; the galley needed cleaning; there was insufficient fruit and vegetables on board; the crew showers and toilets were dirty and the shower curtains missing and the laundry washing facilities were inadequate. In addition the lifejacket lights were out of date; the aft deck was slippery underneath the deck generator and several fire doors were tied open.
The vessel was still detained at 31 January 2012

Date and Place of detention: 9 September 2011 Liverpool
Vessel Name: DYCKBURG
GT: 3,660
IMO No:9195913
Flag: Antigua & Barbuda
Company: Werse Bereederungs Gmbh
Classification Society: Lloyds Register of Shipping (LR)
Recognised Organisation: Germanischer Lloyd (GL)
Summary: 17 deficiencies one ground for detention
The vessel was detained in Liverpool because there were a large number of Safety of Life at Sea (SOLAS) related deficiencies which were objective evidence of a serious failure or lack of effectiveness of implementation of the ISM code on board the vessel. Other deficiencies identified included: the main engine was defective; also the engine room was very oily in some areas; the five year service on the immersion suit in the engine room had expired; there was no evidence that the freefall lifeboat had been manoeuvred in the water within the last 3 months also there was no evidence that the freefall lifeboat had been freefall launched within the last 6 months; in addition the deck officer was not familiar with launching the starboard life raft by davit.
The vessel was still detained on 31 January 2012

Date and Place of detention: 4 March 2010 – Lowestoft
Vessel Name: CIEN PORCIENTO (General Cargo)
GT: 106
IMO No: 8944446
Flag: Unregistered
Company: Open Window Inc
Classification Society: Unclassed
Recognised Organisation: Not applicable
Recognised Organisation for ISM: Not applicable
Summary: 30 deficiencies seven grounds for detention
The vessel was detained in Lowestoft because the main fire pump was inoperative and there was no alternative fire pump outside the machinery space. There were insufficient liferafts, the sanitary water system was inoperative and there was no fresh running water to the galley, pantry and shower room. There were no nautical publications and charts were incomplete for the operational area.
Other deficiencies found were insufficient provisions for the intended voyage and medicines were out of date. In addition the following items were found to be missing:
distress flares; line throwing appliances; lifebuoys; life jackets with lights; immersion suits; satellite (Emergency Positioning Indicating Radio Beacon) (EPIRB); fire extinguishers and the fire hose nozzle.
The vessel was still detained at 31 January 2012