Photos released overnight show the dramatic final moments of the forward section of the oil spill vessel, The Wakashio on Monday 24 August 2020. In a series of press releases, the Government of Mauritius revealed that the operation to deliberately sink the forward section of the Wakashio was finally completed on 24 August, having had to be paused the previous day due to weather conditions. 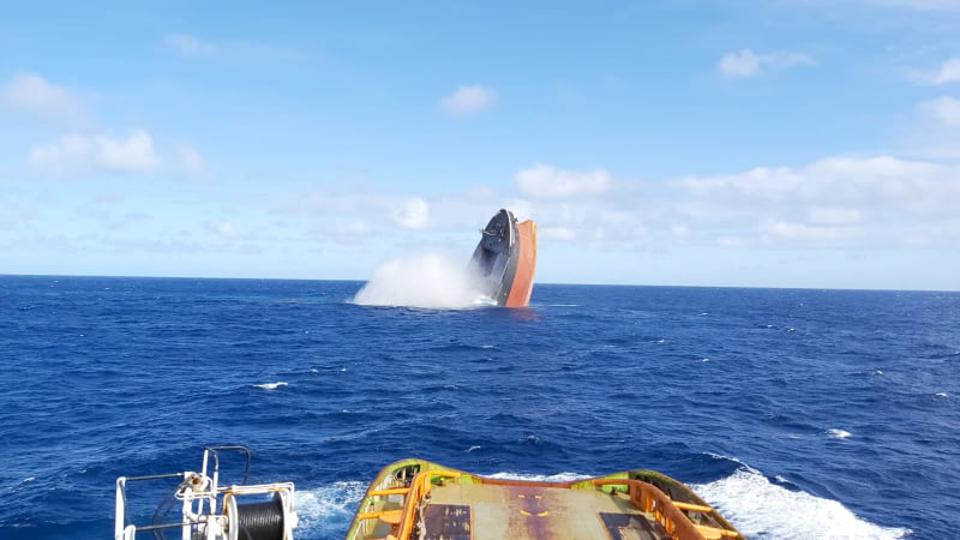 It is now 30 days since the Panama-flagged, Japanese-owned vessel, hit the pristine coral reefs of Mauritius amid a network of national parks after carrying an almost full tank of over 1 million gallons of heavy engine oil. In the subsequent efforts to clean up the spill, the vessel split in two and the oil slick spread to ten times its original size within 5 days, spreading 14 miles North along the coast given the strong winds in that location. On Friday 21 August, the UN satellites revealed that over 30km of Mauritius’ beaches, mangroves and coastlines were heavily impacted. 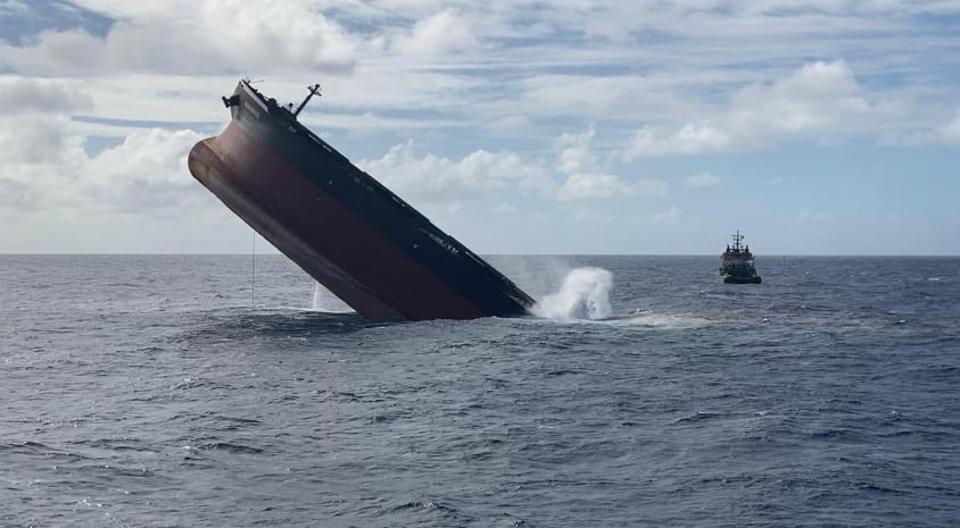 Despite seven official Government press releases between Tuesday 18 August - when the Wakashio was first first dragged off the coral reefs - and Monday 24 August - when the bow finally sunk under water - not one of the press releases revealed any co-ordinates or location of the final sinking of the vessel. This has made it impossible to independently verify the location of the sinking, despite media pressure for this location. 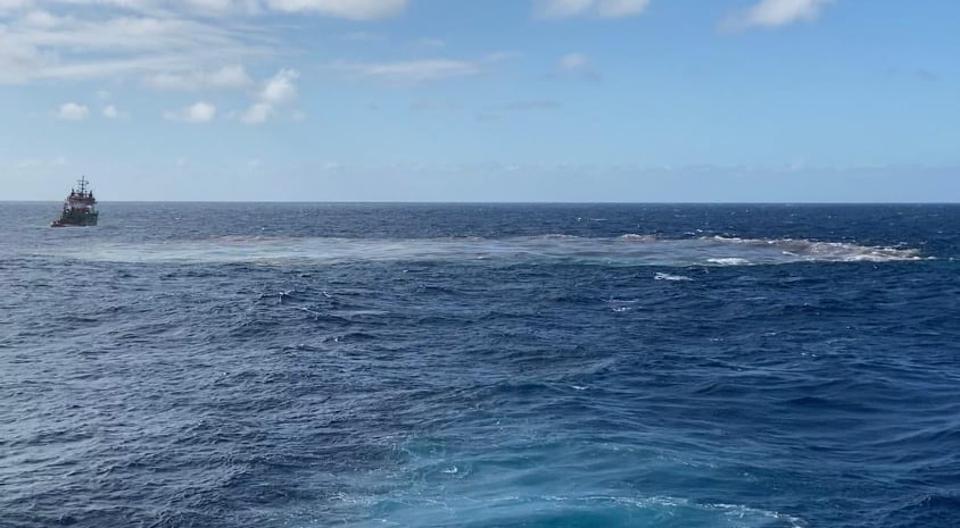 At a time when trust in the authorities is at an all time low, following repeated assurances at every stage of the grounding that things were under control, civil society remain angry with the secretive decision to sink the forward section of the Wakashio without a full exploration of all other options. 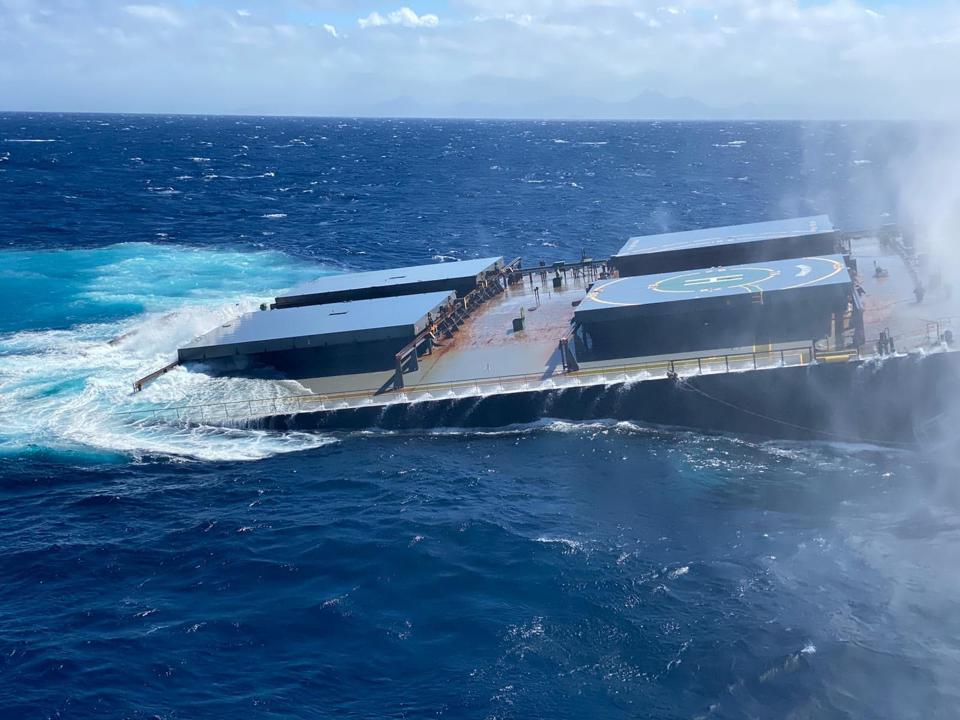 In a statement on Friday 19 August, Greenpeace Africa’s Senior Climate and Energy Campaign Manager, Happy Khambule, had strongly criticized the decision to sink the Wakashio, saying, “Out of all available options, the Mauritian government is choosing the worst one. Sinking this vessel would risk biodiversity and contaminate the ocean with large quantities of heavy metal toxins, threatening other areas as well, notably the French island of La Réunion. Mauritians had nothing to gain from the MV Wakashio crossing their waters and are now asked to pay the price of this disaster. More pollution further risks their tourist-based economy and fish-based food security.”