GLOBAL port operator DP World posted a 22 per cent rise in first half profit to US$455 million, drawn on revenues of $1.9 billion, which increased 18.7 per cent year on year. 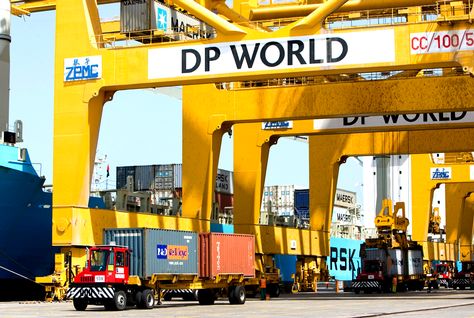 GLOBAL port operator DP World posted a 22 per cent rise in first half profit to US$455 million, drawn on revenues of $1.9 billion, which increased 18.7 per cent year on year.

First half profit growth was attributed to revenue produced by the acquisition of Economic Zone World (EZW), operator of Jebel Ali Free Zone.

DP World invested $3 billion in the EZW acquisition as well as in the purchase of the Fairview Container Terminal in British Columbia and spent another $600 million on other existing projects.

The $600 million went on upgrades to Nhava Sheva Mumbai terminal and the opening of a new container terminal in Rotterdam.

Throughput in the Middle East, Europe and Africa grew 5.2 per cent to 10.7 million TEU year on year while revenues increased 7.3 per cent to $1.3 million.

"We are pleased to announce a strong set of results for the first six months of 2015, reporting earnings growth of 22 per cent year on year, aided by the acquisition of EZW," said DP World chairman Sultan Ahmed Bin Sulayem.

"This financial performance has been achieved despite uncertain market conditions, which once again demonstrates the well diversified and resilient nature of our portfolio," he said

"In 2015, we have invested over $3.5 billion in acquisitions and expansionary capex, and this investment leaves us well placed to capitalise on the significant medium to long-term growth potential of this industry," he said.

Said group CEO Mohammed Sharaf: "The near term outlook remains uncertain with limited visibility. However, we believe our business is well positioned to continue to outperform the market."