Hundreds of bodies were recovered from the wreckage of the on June 5 and 6, including that of a 3-year-old girl in a 1st class cabin on the top deck, bringing the total to 406. 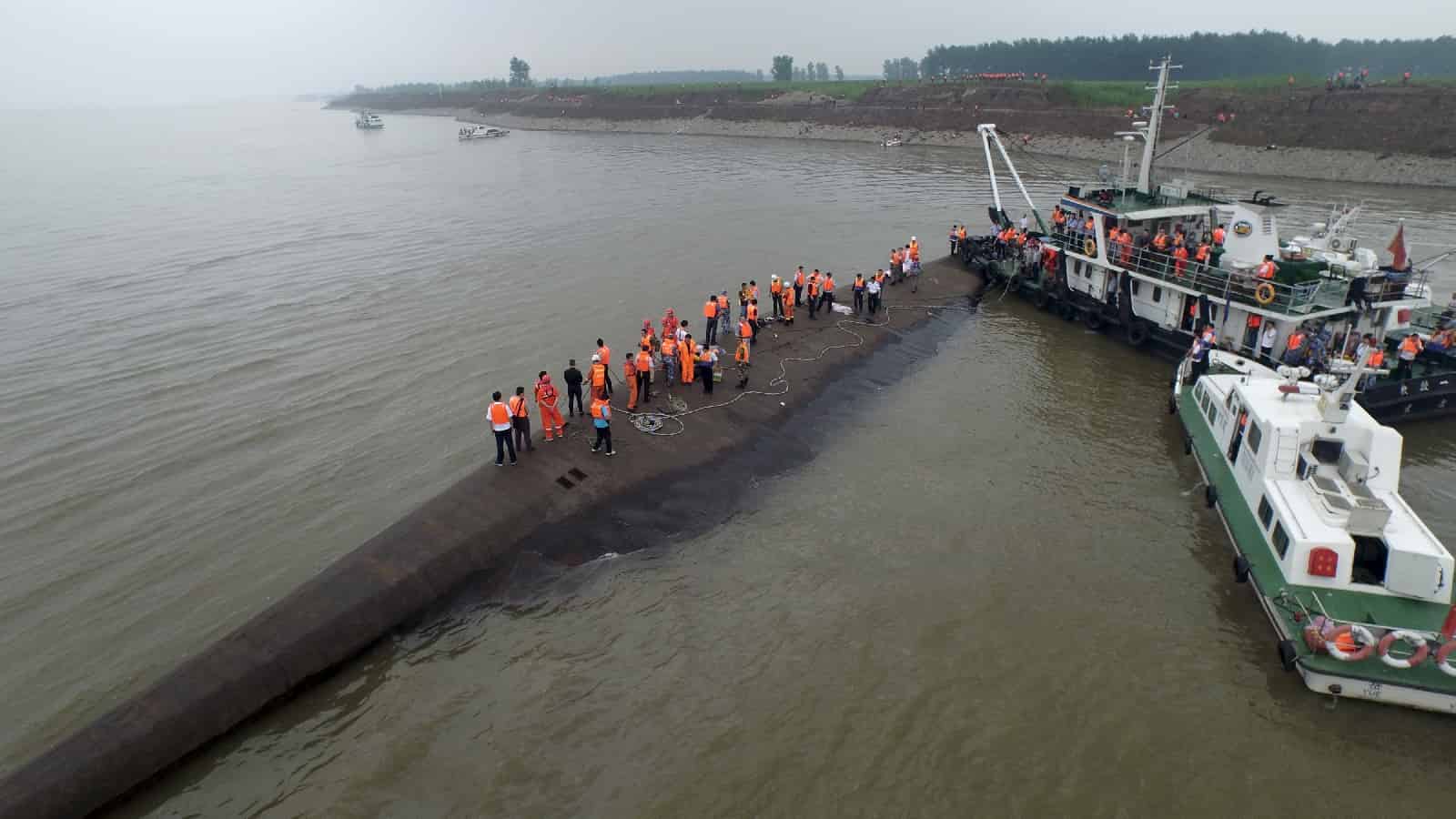 "Dong Fang Xhi Hing" disaster death toll at 406
Hundreds of bodies were recovered from the wreckage of the on June 5 and 6, including that of a 3-year-old girl in a 1st class cabin on the top deck, bringing the total to 406.
Most of the bodies found after the ship was righted were retrieved from the top and bottom decks inside the vessel. 36 people remained unaccounted for.
The rescuers’ torches were visible inside the ship overnight. As soldiers and other personnel worked through the night wearing white hazmat suits and life jackets, searching with flashlights, they encountered hallways jammed with furniture and other debris.
At times, the stench inside the ship was overpowering and many bodies were swollen, stiff or decomposed. Locked cabin doors and rooms filled with mud and silt also hampered the recovery work, and firefighters were called in at times to clear passageways.
More than 700 troops took part in the effort to remove the dead; a team of six was assigned to each body. Workers wearing surgical suits were handling body bags in the vessel’s dark cabins, while others slept on a nearby floating platform.
At a nearby funeral parlour men dressed in the white suits driving a convoy of about 20 mini-vans adapted to carry coffins towards the disaster site.
The bodies had to be carried more than two miles to the closest road, then transported in vehicles to the mortuary in Jianli, a small agricultural town. The next-of-kin have been asked to provide blood samples to enable DNA matching to facilitate identification.
Authorities were increasing their efforts to search for the missing and had expanded the target area from the middle reaches of the Yangtze more than 1,000 kilometers downstream to Shanghai.
Authorities in neighboring Hunan province had notified him that 18 bodies had been found downstream, but it had not been confirmed that they were victims from the ship.
Forensic teams are using DNA matching to identify the remains. More than 3,400 soldiers and 1,700 paramilitary police were part of the rescue effort. 254 additional vessels and more than 2,500 people would join the search operation.
In the night, relatives were taken by bus to an area just upriver of the now-righted ship, where they burned incense and tossed flowers into the Yangtze in memory of the dead.

CIC on crew familiarization for enclosed space entry and the MLC