Damen's Captains' Challenge not as easy as it looked

The Captains’ Challenge was open to all comers, and all it required was that contestants drive a launch 80 metres across the river. 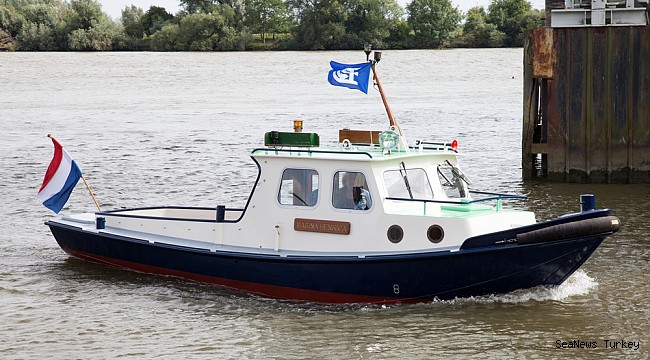 Amid all the tours, presentations and networking at Damen’s recent Workboat Festival there was one feature that stood out from all the rest for being highly satisfying for some, and distinctly frustrating for others. The Captains’ Challenge was open to all comers, and all it required was that contestants drive a launch 80 metres across the river.

However, it wasn’t quite that simple. The launch had to be driven backwards and, as it was built 50 years ago, the traditional hull form and the steering system made the steerage astern very unstable. This was definitely a boat built to go forwards.

In all, 25 people decided to give it a try. For each the launch was moored alongside a pontoon and the lines let go. Then, as soon as the gearbox was put in reverse, the clock time was started and the ‘Captain’ headed for the finish line between two buoys.

“The trick was to start in a straight line and keep it that way,” said Captains’ Challenge organiser André de Bie. “Once the vessel got off course in general quite some manoeuvring was required to bring the her back onto the proper course before they could continue backwards in the direction of the two red buoys. To make it even more interesting, the launch doesn’t have a rudder position indicator and the throttle and clutch are two separate control handles.”

The estimate was that if the helmsman could keep the launch moving in the right direction he or she should be able to cover the 80 metres in between 50 and 90 seconds. The top three times were; 50.2 seconds by Rob van Ruiten of Stromma Nederland, 50.5 seconds by Willem-Harm Mastenbroek of ISA Towage and 53.0 seconds by Ton Veringmeier of Kotug Smit Towage. Of the remaining 22 contestants, six managed the crossing in between 53.5 and 60 seconds, and another six in between 60 and 90 seconds. The longest time 7 minutes and 40 seconds, and it probably felt a lot longer to the unfortunate Captain!

“This was the first time for the Captains’ Challenge and it was great success!” adds André de Bie. “If there was one lesson that everyone who competed took away with them, it was that towage in the old days was a good deal more difficult than it is now. At Damen we like to think that, with all the development work that we have done over the years into improving the controllability of compact and powerful ASD and RSD tugs, we have played a significant role in make them easier to drive both ahead and astern.”

The plan is to run the Challenge again in some form at the 2019 Damen Workboat Festival. Possible entrants should note; it’s never too early to start practising! 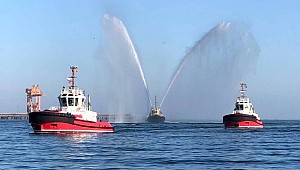 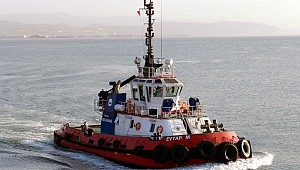 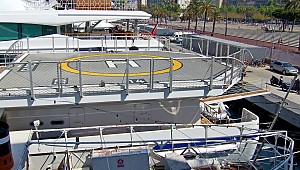 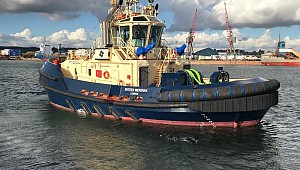