A NUMBER of cyber security firms are marketing services based on fears of viruses and malware being introduced to shipping by miscreants ranging from prankster hackers to Somali pirates. 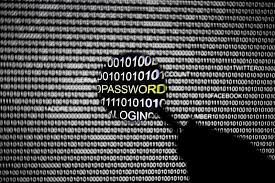 A NUMBER of cyber security firms are marketing services based on fears of viruses and malware being introduced to shipping by miscreants ranging from prankster hackers to Somali pirates.

Mark Gazit, CEO of Israel-based ThetaRay, said that one attacker managed to tilt a floating oil rig to one side off the coast of Africa, forcing it to shut down, reported Reuters.

It took a week to identify and fix, he said, mainly because there were no cyber security professionals aboard. He declined to say more, said Reuters.

It is said that Somali pirates help choose their targets by viewing navigational data online, prompting ships to either turn off their navigational devices, or fake data to show they're somewhere they're not.

Hackers have appeared to infiltrate computers connected to the Port of Antwerp, located specific containers, made off with their smuggled drugs and deleted the records.

A recent study by security company Rapid7 of Boston, found more than 100,000 devices - from traffic signal equipment to oil and gas monitors - were connected to the internet using serial ports with poor security.

"The lines get blurry, and all industries and all technologies need to focus more on security," said the company report.

Widely-quoted SeaIntel CEO Lars Jensen, also founder of CyberKeel, a cyber security firm, said ships often switch off their AIS (automatic identification systems) when passing through waters where Somali pirates lurk, or fake the data to make it seem they're somewhere else.

When CyberKeel checked online defences of the world's 20 largest container carriers this year it found 16 had serious security gaps.

"When you look at the maritime industry there's extremely limited evidence of systems having been breached, that suggests to us that they've not yet been found out," said Mr Jensen.

But shipping companies contacted by Reuters played down the potential threats.

"Our only concern at this stage is the possible access to this information by pirates, and we have established appropriate countermeasures to handle this threat," said Ong Choo Kiat, president of Taipei's U-Ming Marine Transport that runs a fleet of bulk carriers and tankers.

Said a Maersk spokeswoman: "We consider cyber risk a threat, but vessels are no more vulnerable to such attacks than onshore systems and organisations. We are taking this risk seriously and ensuring that we are protected against such threats."