CSAV, plans to order seven wide-beam 9,000 TEU ship from Samsung Heavy Industries with options to buy another seven to reduce its dependence on chartered vessels. 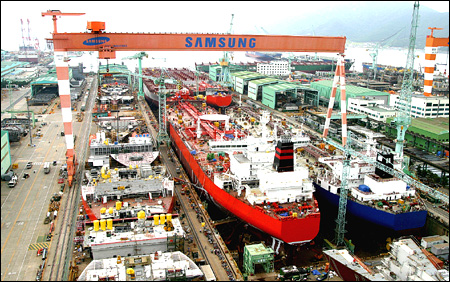 The CSAV fleet is 81 per cent chartered, the highest among the top 20 carriers, said Alphaliner, which added that Samsung has confirmed the deal, after the signing of a Letter of Intent, with a firm contract expected within a month.

The mega vessels are also expected to help the cash-strapped ocean liner focus on its main lines connecting the Far East and Europe to Latin America (east, and south coasts of South America).

Financing is likely to be arranged by the Luksic group, which holds a 37.4 per cent stake in the carrier, given that it participated in a recapitalisation exercise at CSAV in February 2012.